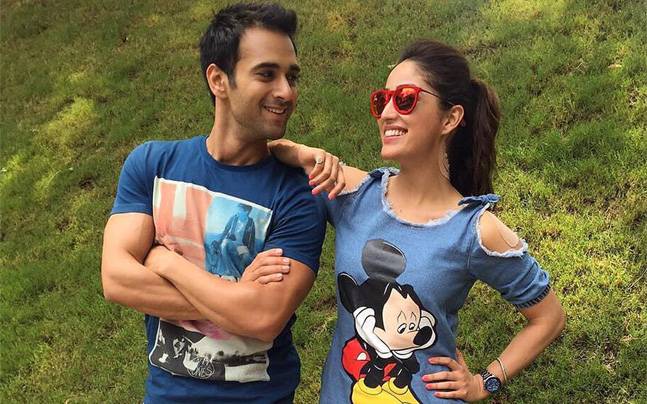 Over the last few months, Pulkit Samrat and his estranged wife Shweta Rohira have indulged in much mid-slinging. The couple, who parted ways last year, after less than a year of marriage, have been taking turns to blame each other for the split for a while now.

It hasn’t even been two days since Shweta bared her heart out in an interview to Mid-Day, saying how everything in her marriage was fine till Yami came in between. “Yes, Yami broke my marriage. I have finally come out of my illusion; so many people cannot lie. Everything was fine between us until one person came in between,” Shweta was quoted as saying.

Yami Gautam, whose role in ‘breaking’ Pulkit Samrat and Shweta Rohira’s marriage has been denied by Samrat all along, has maintained a dignified silence over the matter all these days.

However, at a recent fashion show where Yami walked the ramp, she was asked to comment on Shweta’s allegations. According to a report in India.com, the Vicky Donor actor said, “It is such a beautiful occasion, why do you have to ask disgusting questions.”

When she was prodded some more, Yami said, “I am not here to reply to these questions. Please let us stick to the show.”

It was just a few days ago that reports of Yami and Pulkit getting close to each other after Shweta’s miscarriage surfaced. Right after those reports, Pulkit had spoken to Hindustan Times about how the aforementioned reports ‘truly ended’ his relationship with Shweta.

“Reading that article truly ended my relationship [with Shweta], because it was ethically unacceptable. I had no option but to dig deep. The moment I got to know that it had come from the ‘horse’s mouth’, and that they had the hospital bills, totally fabricated, totally false evidence, it shook me. There were fabricated stories in the past, but I don’t have any words to react to this,” Pulkit told the daily.

Pulkit Samrat and Shweta Rohira tied the knot in November 2014, and parted ways after less than a year of marriage. The two are yet to be officially divorced.