I felt I’d lose my life; called my parents to bid a final good bye: Shipsy Rana on escaping a major fire 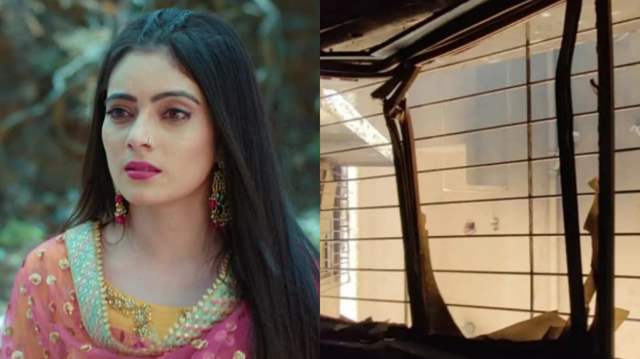 The night of 15th May, 2022 turned out to be a dreadful night for Shipsy Rana after her residential building was caught on fire causing major destruction. The actress who rose to fame with her potrayal of ‘Rukshar’ in Zee Tv’s popular show ‘Ishq Subhanallah’ recalled details of the fearsome night in an exclusive conversation with India Forums. When we asked Shipsy about what exactly happened that night, the actress went on to reveal saying

”It was around 10.30 pm in the night and I was in my apartment, on a video call with my parents. I heard of children running around but ignored it thinking that they were just playing. However, the noises kept growing and I heard of women wailing. Upon listening to these noises, I rushed to open my door and check if something was wrong. It was then that I came to know that my building had caught fire. I panicked, picked up my cat and immediately rushed down through the stairs as the elevator was on fire too. But when I reached down I was told that the entire floor was on fire. In that moment I realized that there was nowhere to go and that we were all stuck, swinging between life and death. We were all rushed to an emergency room. The situation there was so dreadful that I thought of that night as the last night of my life. I video called my parents again and decided to bid them a final goodbye as I explained the situation to them. However, my parents calmed me down and told me that the fire brigade must be on its way. The fire brigade did come in but by then we were all panicked and fearing for our lives. However, the fire was so deadly that not one but almost 5-6 fire brigades were called to put the fire off. We were all rushed to the last floor and one by one jumped off the floor on to the building terrace. Amidst all this my cat panicked and climbed onto some place elsewhere. A few people helped me bring him down. My sister had by then come outside and hence I took my cat and left with her for her place.”

Property damage caused due to the fire
We asked Shipsy if she has returned back home and if there were any casualties reported, the actress said,

”I did come back once just to see if everything was normal. But it has been two weeks and I still do not feel like coming back. The fear of that night still creeps in and I keep hearing voices. I may return home in a day or two.”

The actress further went ahead to describe that night as the most dreadful night of her life and thanks god for keeping her safe. Well, we too are happy that the actress and her pet are safe and sound.