I was confident that Aryan’s character will win hearts but there was a slight fear too: Sumbul Touqeer 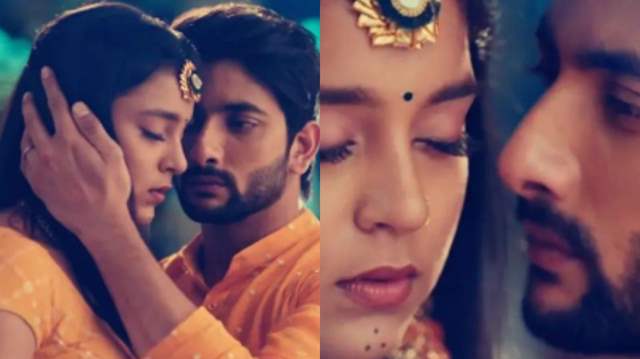 Star Plus show ‘Imlie’ is getting quite interesting with each passing episode. The current track of the show revolves around finally Aryan and Imlie getting married. Amidst the last phera of the marriage Aryan tells Imlie to take a call whether she wants to get married to him or no. She walks away from the wedding venue leaving everyone shocked.

The show witnessed a major twist with actor Fahmaan Khan entering the show as Aryan Singh Rathore. Within a span of few weeks, it was established that Aryan will be the new hero opposite Imlie in the show.

India Forums exclusively asked actress Sumbul Touqeer Khan who essays the role of Imlie in the show about her thoughts on the sudden change in the story-line of the show while her chemistry with Aditya was quite celebrated. She said, “I know Aditya and Imlie had many fans but Aryan and Imlie has become a rage. The way Aryan Singh Rathore was introduced, I was certain that it will surely make a mark in the viewers’ hearts. While I was confident about the track, there’s always a little fear because we as actors accepted the change but there’s always a fear of viewers reacting the other way round. I really liked the arc of Aryan’s character as he is totally different from Imlie and Aditya’s personalities”.

Show some love for Imlie and Aryan in the comment section below.