Imlie knits a plan to catch Jyoti red-handed in ‘Imlie’ 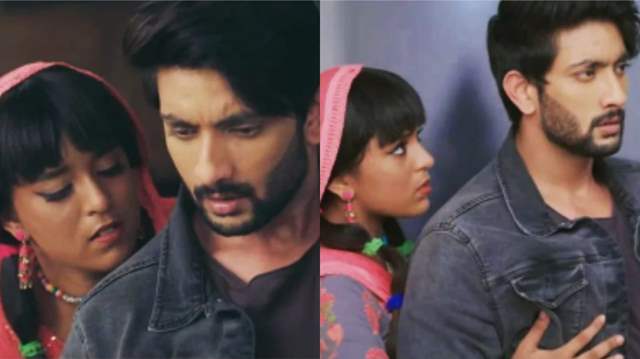 Star Plus show ‘Imlie’ is getting quite interesting with each passing episode. The current track of the show revolves around Imlie getting a clue about Jyoti’s involvement in Madhav’s accident. She is wanting to be sure before she exposes Jyoti in front of everyone. In the upcoming episodes, Aryan and Imlie discuss about the baby.

Imlie tells Aryan to accept that her baby belongs to him. Aryan tells her that he loves the baby but can’t deny the fact that Madhav did wrong to her and he will punish Madhav at any cost. Imlie is determined to keep Madhav safe while stop Aryan from doing anything wrong which can affect his life.

Furthermore, Imlie and Sundar make Gudiya scream in the house about Madhav gaining consciousness. Jyoti hears the same and panics. Harry makes fun of her but Jyoti feeds sweets in his mouth and chokes him. Jyoti tells him that she will poison him and Madhav. She asks him to accompany her to the hospital.

Aryan gets furious to take revenge from Madhav nut Imlie as Kairi tries to stop him. They share a romantic moment. Kairi flirts with Aryan but Aryan brushes her away. While Jyoti and Harry gear up to harm Madhav in the hospital, they hear an ambulance siren and panic. They see Imlie bring Madhav on a wheelchair. His eyes are bandaged.

Furthermore, Aryan asks Imlie to make Madhav better so that he can take revenge from him. Imlie tells him that Madhav has a bandage on his eyes but Aryan is blinded and can’t understand the truth.