Imlie: Malini exposed in front of the family; Aryan and Imlie to re-unite 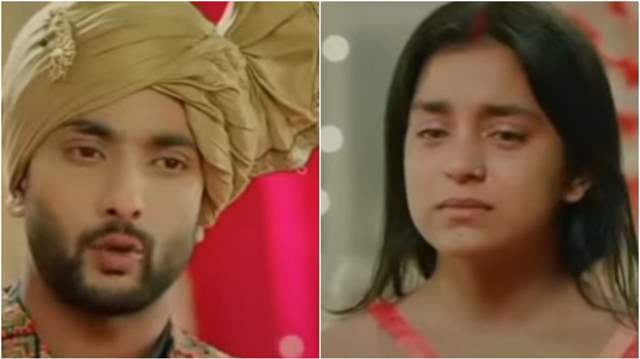 Star Plus show ‘Imlie’ is getting quite interesting with each passing episode. The current track of the show revolves around Malini vowing to keep Aryan away from Imlie by marrying him. She has used Cheeni and made Aryan agree for the alliance. Neela and Preeta have sided with Imlie and want to expose Malini as soon as possible. Cheeni also wants Imlie and Aryan’s reunion.

In the upcoming episodes, Malini gears up for her wedding with Aryan. Cheeni tries to delay the same as she waits for Imlie. Cheeni staples Malini’s clothes so that she takes time to get out of the room. Meanwhile, office employees and few goons enter the house as guests for the wedding. Malini asks Anu who called the guests while Anu has no answer to the same.

The jeweler congratulate Malini and asks why didn’t they return to make another earring. School teacher of Pagdandiya reveal how Malini was involved in poisoning the kids. An employee reveal that she made him transfer an amount from Bhaskar Times account to her personal account. One by one, Malini’s crime gets unveiled. Malini and Aryan remain shocked. Preeta and Neela come and tell Malini that they’re responsible for exposing her. Aryan asks about Imlie.

Imlie comes there. Malini states that she wants to kill Imlie but Aryan stops her. Malini gets furious while Imlie tells her that it’s the second time that she had to expose her sister in front of everyone.

In the forthcoming episodes, Cheeni tells Aryan that he drank the spiked drink. Aryan recalls spending the night with Imlie and realize that Imlie is carrying his baby.