Ishqbaaz SPOILER: Mystery Man With Tia Is Revealed To Be ACP Ranveer; Will Anika Expose Tia? 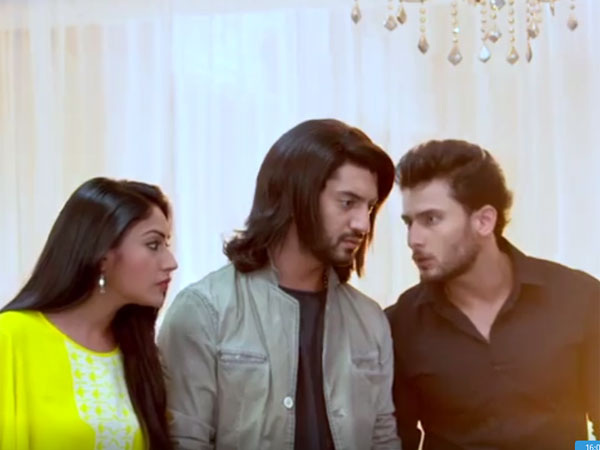 Star Plus’ trending soap, Ishqbaaz is churning out some really interesting sequences of late, which is keeping the audiences glued to the show. A lot is happening on the show right now, as many parallel tracks have opened up.

During the Karva Chauth celebrations at the Oberoi mansion, Anika spots Tia hugging a man, but fails to see his face. The women of the Oberoi household perform the Karva Chauth rituals. While the rituals are going on, Anika tries to tell Shivaay about Tia, but faints due to exhaustion

In the last episode, Anika’s attempt to tell the truth to Shivaay fails. But, Omkara and Rudra get to know the matter. Together, the trio decide to keep an eye on Tia.

Priyanka is out for some work. She gets the shock of her life, when someone leaves a sketch near her car. The sketch is revealed to be, that of Omkara, who is on the verge of getting hanged.

Omkara & Priyanka On the other hand, Omkara writes his confession regarding that past incident which is still haunting them and gives it to Priyanka. He assures that, his mistakes will never trouble her