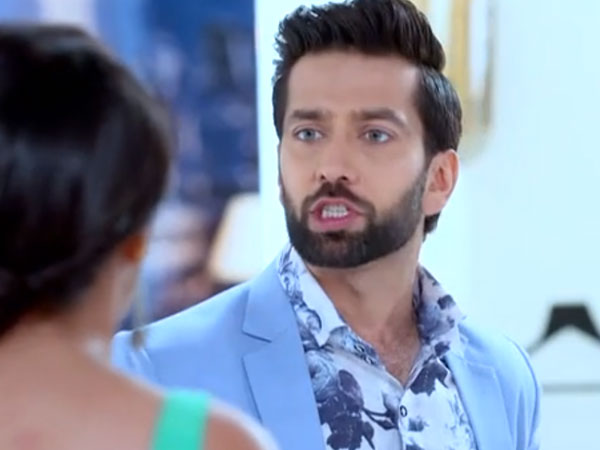 Star Plus’ trending soap Ishqbaaz produced by 4 Lions Films, is currently basking in the feat of crossing a benchmark of 100 episodes on 8th October 2016. The show has received a thumbs-up from the audiences for its intriguing plot and they are completely in awe of the bonding between Shivaay, Omkara and Rudra. It’s no wonder, that the show’s lead actors were super thrilled upon the show’s huge success. Actor Kunal Jaisingh, who plays the role of Omkara shared a ‘thank you’ message on this occasion.

Shivaay Breaks The Alliance But Shivaay would get to know about Dev’s identity that he being the illegitimate son of Mr. Chhabra. He would not like the fact that the family had hidden the truth from them. As family lineage is important to him, he will call off the alliance.

Priyanka Upset riyanka would be upset with Shivaay’s drastic move as she had developed a liking towards Dev and she will share the same with Anika.

Anika and Shivaay’s Fight Misunderstandings will creep up again between Shivaay and Anika, as he would feel that she is in favour of the alliance, and yell at her.

Anika Quits The Job Anika would speak in favour of Priyanka and would asks him to re-think the proposal. But, their fight will reach a different level, post which Anika would quit the job.

More Drama Later, Shivaay successfully tracks Gayatri and will visit her. But, he will get the shock of his life when he learns that, she has already been murdered and he will be framed for Gayatri’s death. How will Shivaay prove his innocence? Keep guessing!

A New Entry ‘Balika Vadhu’ actor Ayush Anand will soon enter the show as ACP Ranveer Singh Randhawa. He will be a strict cop and will be in-charge of Gayatri’s murder case. If reports are to be believed, he is slated to be paired opposite Priyanka. Nakuul Mehta took to twitter to express his happiness. He wrote, “And tonight we play our 100th episode. Thank YOU for jumping on this fun fun ride with us. #IshqbaazHitsCentury.” Surbhi aka Anika posted a heartfelt message on Instagram. She wrote, “We HIT 100 today ?

Time just flew coz the team (family) is great to work with.Cant just thank you all enough.. Not to forget the love of the veiwers and fans has got us here and is going to take us FAR.. keep the love COMING.” In the last episode, Dev and Priyanka meet and instantly like each other. The families finalise the alliance.

Mr. Chhabra suggests the Oberois to conduct a ‘roka’ ceremony and they agree. Amidst all this, Dev’s brother Reyaan turns out to be Saumya’s ex-boyfriend and she is disturbed on seeing him. Anika and Priyanka urge her to move on. Shivaay gets a call from Gayatri, who had been granted bail from the jail. He is startled, but assures that he will find her at any cost.