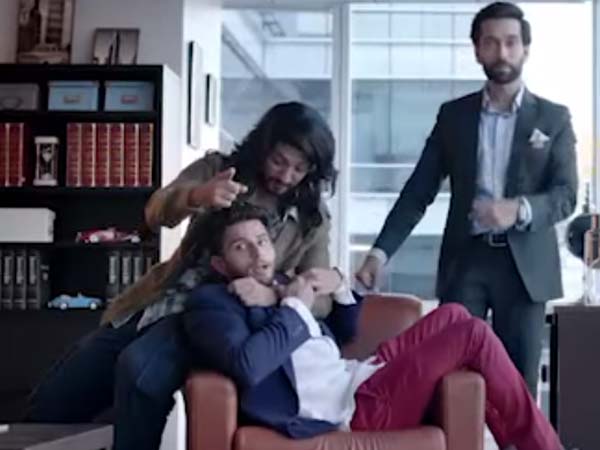 Star Plus’s latest offering Ishqbaaz revolves around the life of three Oberoi brothers- Shivaay, Omkara and Rudra. Despite their contrasting personalities, the brothers are inseparable and are very close to their grandmother.

The series aired its very first episode on 27th June. It has started with a bang, depicting the nature of each member of the Oberoi family.

In the last episode, we saw how Ashok, the business rival of the Oberoi family, kills himself in front of the entire gathering, while the ‘maha aarti’ is going on. Tej (Mahesh Thakur) will not allow the matter to leak out. The next day, Shivaay (Nakuul Mehta) and Omkara discuss about the incident. Shivaay believes that Ashok is at fault. On the contrary, Omakra believes that his dad, Tej is involved behind the cover up. Anika (Surbhi Chandna),will play the love interest of Shivaay. Anika, is an orphan.

Shivaay, on the other hand, does not believe in love. Anika’s aunt has always been torturing her and her little brother is handicapped. These contrasting personalities bumped into each other and duo ended up fighting with each other. In the upcoming episodes, Tia (Navina Bole), Shivaay’s girlfriend will soon enter the scene. She is an NRI, hailing from a rich family. Shivaay believes in fame and family background, so, he agrees to get engaged to her. Meanwhile, Anika and Shivaay encounter again and again. During their frequent encounters, Shivaay feels a strange connection with her. Apparently, he will also get to know about the painful life of Anika. Will Shivaay realise his love for Anika?