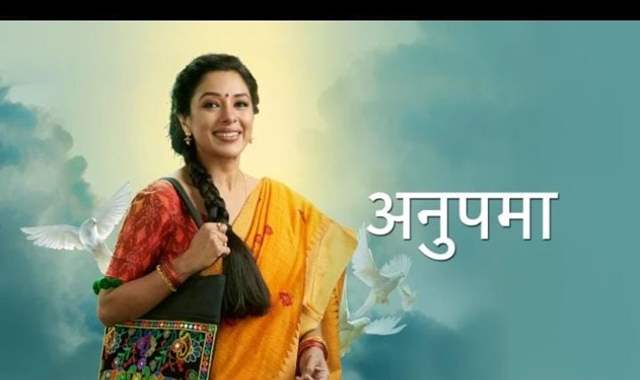 In an endeavour to revolutionize Indian storytelling, Disney+ Hotstar takes a step towards introducing viewers to a new format of their favourite television show. Brings for its viewers the prequel of the highest rating Hindi show on television – Anupama in the last five years in a form that has never been seen before. Celebrating the spirit and resilience of women, the platform is set to exclusively release a prequel of the highly-celebrated television show, Anupama. The new series, created exclusively for the streaming platform, will offer viewers a closer look at Anupama’s life, a few years into her marriage.

The 11-episode prelude to the television series will see Rupali Ganguly, who plays the lead character on television, reprise her popular role in the digital space. Joining her will be her on-screen husband Vanraj, played by Sudhanshu Pandey, as well as the entire cast from the television series. The episodes of the prequel, released over 11 days, will remain exclusively on the platform and not be aired on television.

Commenting on Disney+ Hotstar being the first streaming platform to launch a prequel of an on-going television series, Gaurav Banerjee, Head, Content Disney+ Hotstar and HSM Entertainment Network, Disney Star said, “Experimenting with new formats is a norm at Disney+ Hotstar, and this vision has led to the genesis of a prequel of audience’s favorite television show. Following the response of our recent titles, and the avid fan following for Anupama, we took the opportunity to further deepen their connection with the character in an all-new format. We are confident that this exciting format will resonate well with India’s series-loving fandom and make the viewers fall in love with the character once again.”

Anupamaa launched in July 2020 for television, is a running series that has already aired over 500 episodes that are available on both Star Plus and Disney+ Hotstar. A Hindi adaptation of the popular Bengali series Sreemoyee, Anupama is centered on the life of a Gujarati homemaker.

Compassionate, loving and devoted to her family and husband, Anupama lives to serve her family, yet, rarely receives the respect she deserves. The show revolves around her struggles to find her independence and voice in life.

Offering viewers of the celebrated heart-warming show a chance to understand and watch Anupama in her prime, the prequel will soon be available on Disney+ Hotstar.