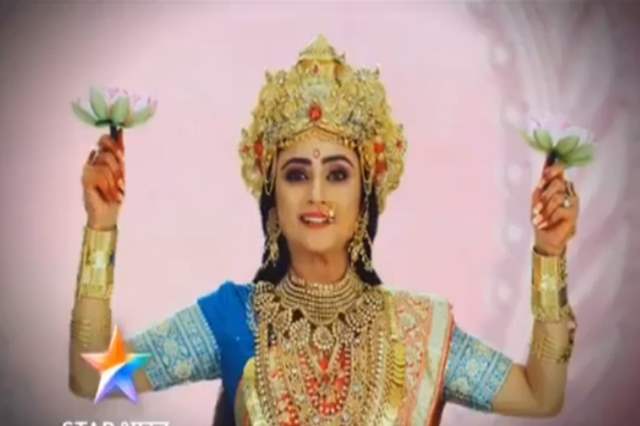 We recently reported about the first look of the Star Bharat show where Maisha is dressed up as Goddess Vaishno Devi in a red sari with traditional jewellery. She is attacked by a Lion who is roaring at her but she manages to control him with her divine strength. Now, the promo featuring Madirakshi is finally out.

The latest promo stars Ishita Ganguly, Hrishikesh Pandey, Toral Rasputra along Madirakshi. The promo shows how all the three goddesses – Saraswati, Laxmi and Kali come together to bring a new power to life for the betterment of the world. The manifestation of the Goddesses is born as a little girl named Vaishnavi to a King played by Hrishikesh.

Did you like the promo? Let us know in the comments below.