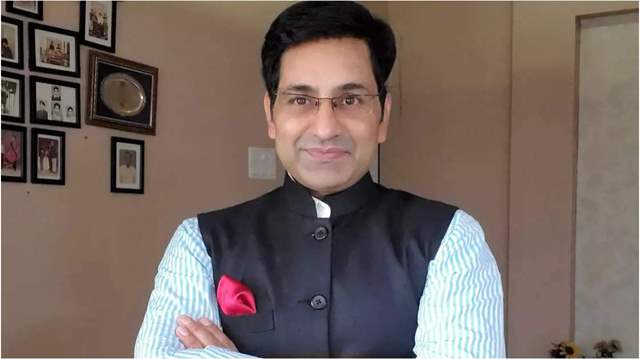 Amazon miniTV elevated the excitement levels amongst audiences as it unveiled the trailer of its newly announced show, Rafta Rafta, featuring none other than, Bhuvan Bam and Srishti Ganguli Rindani. The exciting new series promises to take viewers on heart-warming journey of two individuals who are poles apart yet end up in a marriage together. But will they fall in love? Every good story has a riveting twist, and this one has quite a few!

India Forums has exclusively learned that actor Jaineeraj Rajpurohit who’s known for his prominent work in entertainment industry has been roped in to play a pivotal role in the project.

Jaineeraj Rajpurahit is known for his stints in projects like Oh My God, Outsourced, Balika Vadhu, Sufiyana Pyaar Mera among others. The actor was also in talks to replace Shailesh Lodha in ‘Taarak Mehta Ka Ooltah Chashmah’ as Tarak. However, Sachin Shroff bagged the part.

Rafta Rafta is the story of a newly married modern-day couple, Karan and Nithya, looking to win over each other’s hearts while dealing with day-to-day life. The recently released trailer showcases how Karan and Nithya get into cute little arguments as they go about their daily chores. The endearing clip gives audiences a little sneak peak into the show as Karan looks to surprise Nithya and but what ensues is a comedy of errors! Rafta Rafta is a romantic-comedy of a relatable couple filled with moments of love, laughter, and bitter-sweet banter. We also see veteran TV actors such as Rakesh Bedi, Atul Srivastava and Kamini Khanna bring in their comic best and set the viewers for a laughter riot.