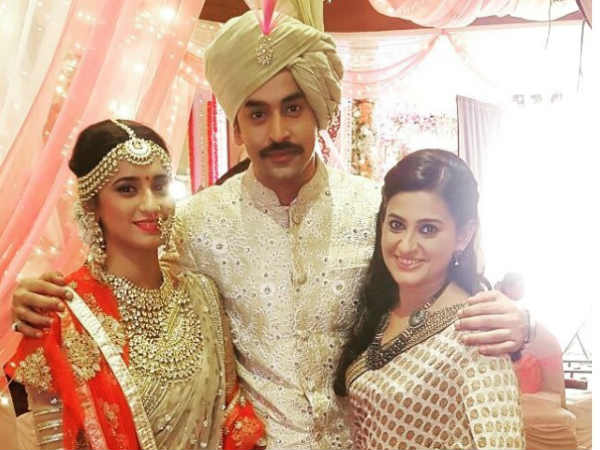 We had already reported that Shashank Vyas will be entering the show, Jana Na Dil Se Door soon. The actor will be seen playing the role of a military man, Ravish; while Smita Bansal will be seen portraying the role of his mother, Suman. Shashank and Smita are active on social media and have posted a few pictures. As we reported earlier in the spoiler, Kailash separates Vividha and Atharv.

He creates such a situation, where Vividha forcefully accepts Kailash’s orders. So, the upcoming episodes will have a grand wedding ceremony. Ravish’s mother Suman will be seen arranging for the marriage.Posting a picture snapped with Shashank and Shivani Surve, Smita wrote, “Do watch #jaananadilsedoor tonight on @starplus at 10.30pm.. #jndsd.” Shashank looked dashing in groom’s avatar, while Shivani and Smita looked gorgeous in saris.

We had also reported that Shashank is glad to play this role as he was fascinated with the idea of joining the Indian Army when he was young!It has to be recalled that Shashank and Smita have worked together previously in Balika Vadhu. He had said in an interview, “It’s very nice to have Smita around and that to as my mother, again. I already feel very welcomed and I can’t wait to see where this journey will take me.”

Also, Adaa Khan took to social media to wish Shashank for his new journey. She posted a picture of Shashank from the show and wrote, “@ishashankvyas enters #jaananadilsedoor tonite at 10.30 pm on @starplus as #ravish do watch it guys ‼️ good luck buddy .. U gonna rock 👊🏼 His new journey starts today needs ur support 🤘😘.”