Jennifer Winget: Bigg Boss Is Not My Cup Of Tea! 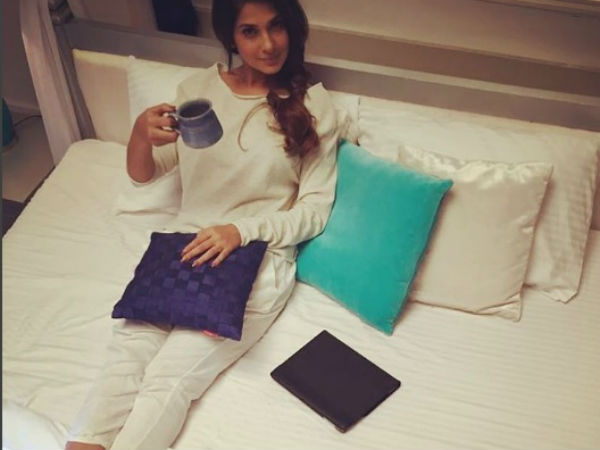 Bigg Boss has given name and fame to many Television actors. But, Jennifer Winget, who is all set to make her comeback with the show Beyhadh, says the reality show is not her cup of tea! Bigg Boss 10 is all set to hit the television screen on October 16. When Jennifer was asked if given a chance would she ever like to enter the house, she was quoted by PTI as saying, “No. Never. I won’t do that ever. I think it’s not my cup of tea.”

The actress will be seen playing a negative role, Maya, for the first time on the show Beyhadh. She is excited about the show. She was quoted by PTI as saying, “I have never been so excited in my life because it’s such a different show and I’m playing a character like this for the first time. I hope this show also adds another feather to my cap.”Jennifer also said that she would like to venture into action.

Till date, the actress had done a few notable shows like Dill Mill Gayye and Kasautii Zindagii Kay. She was last seen on the show Saraswatichandra. She also tried her luck in Bollywood and is now back on television.

Saraswatichandra actress said, “I don’t watch daily soap. I’ve never seen my shows as well except for the scenes in which I really want to improve something or correct something. I like watching comedy shows. I only watch comedy or action.” The actress will also be seen promoting her show on The Kapil Sharma Show along with her co-actors – Kushal Tandon and Aneri Vajani. The actors were also seen on various promotional tours as well. Beyhadh will be aired on Sony TV from October 11.