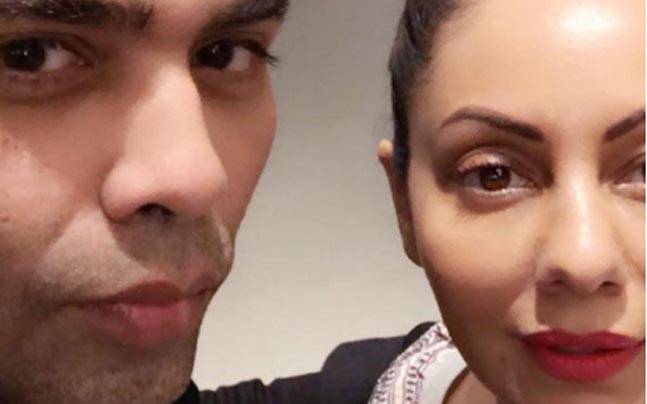 Gauri Khan instagrammed her response along with a selfie with KJo

Shah Rukh Khan’s better half, just got a glimpse of the teaser for Karan Johar’s upcoming film Ae Dil Hai Mushkil, and she was impressed. So much that she instagrammed a selfie of herself with the director saying “Just saw the teaser of Ae Dil hai Mushkil …congratulations Karan very impressive and [email protected]”

The film has a stellar cast including Ranbir Kapoor, Aishwarya Rai Bachchan, Fawad Khan and Anushka Sharma among others. The K3G director had previously described the upcoming film as ‘an unconventional story about love, relationships, heartbreaks and how love completes you, defines you and yet leaves you wanting for more.’

He also added how a film never had, in his entire career come to him so fast, so organically and so from within. The multi-starrer is all set to release on Oct 28. The first look of the film shall be unveiled in August.