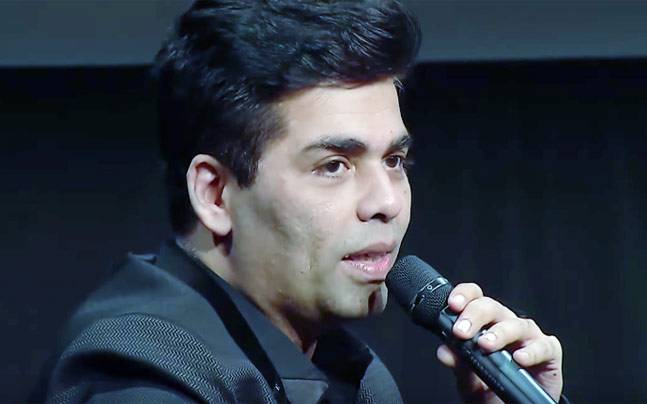 Karan Johar recently spoke at the Toronto International Film Festival 2016, where he talked about his journey from a candy-floss director to being accused of endorsing infidelity to making a post-9/11 film and then learning to not indulge himself with a three and half hour movie.

He was his usual witty, here are 10 moments from the conversation when he proved for the umpteenth time that he was the wisest, most shrewed mind of Bollywood:

1. Why go to a therapist when you can go to Bollywood songs?
Karan Johar paid homage to Bollywood music from the 50s and the 60s in his short film of Bombay Talkies, and he brings it up again when he says Lag Jaa Gale by Lata Mangeshkar remain his all-time favourite song. He mentioned how Bollywood music shaped him, and which is why music is such an integral part of his style of filmmaking.

2. The KANK episode
Karan recounted an episode featuring his movie Kabhi Alvida Naa Kehna, which recently completed a decade. He said a couple watching the film next to him were aghast to see Shah Rukh Khan (the ideal boy of Hindi cinema) cheating on his wife, when they check into a hotel room to have sex. This disgusted them so much that they left the theatre right then. However, he maintained how KANK remains his favourite film inspite of the indulgences, and that audiences have matured to it over the years.