Karan V Grover on Udaairyaan: My character is completely opposite of Fateh and that will create a stir 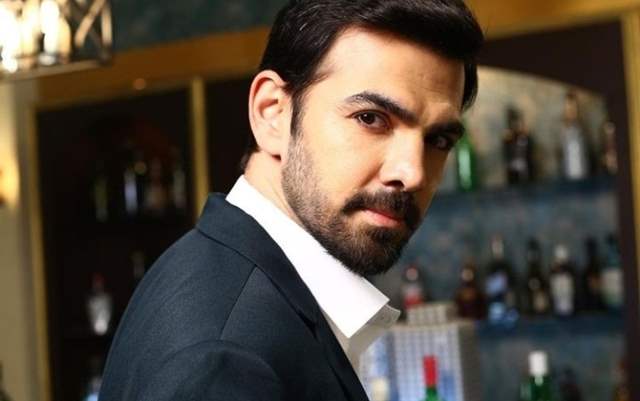 Karan V Grover will make his was to Udaariyaan on Colors and well, his entry sure has created a lot of buzz, mostly good so far. The show already features a talented bunch of actors in the lead roles – Ankit Gupta, Isha Malviya, and Priyanka Choudhary. With Karan’s entry, things are only about to get more complicated, and yet, interesting.

The actor spoke to India Forums about what prompted him to take up the show, his equation with everyone on the team, changes ahead, and more. Read excerpts from the interview here.

What prompted you to take up the show since it is also your return to TV of sorts?

See I don’t know what return and all is, because I have been doing TV even before that. I haven’t been away, I finished Kahaan Hum Kahaan Tum exactly last year and then it was lockdown and then things were delayed, so that’s how my delay happened. Me coming on board for Udaariyaan was highly unplanned in my case because Sargun, Ravi, and I have spoken about it but I had no idea. It was just last week that it was confirmed that I was coming for the show and then she told me the part and it is a really cool role, I have never done something like this. Secondly, it is a great show with a great team, and people are loving it so there is no reason to say no. Thirdly, of course, Sargun and Ravi are such great friends, such enterprising makers and artists, you can’t let go of a chance to make something with your friends and make something good with your friends, so all these reasons combined, plus Chandigarh, so why not ya.

Featured Video
How has the response from the fans been so far?

See, I actually haven’t had the time to see any response because of course, my scenes and Priyanka’s scenes are not out and as of now, there’s only a response on the internet and that is not the response I am waiting for. I am waiting for when people see our scenes, and the tuning between us, or the tension between Fateh and him and what they feel about it, that is the response that matters.

How was it like to join the cast and how welcoming did you feel?

They have been totally welcoming, from day 1, every cast member has been so nice. They are extremely talented and humble people. As I told you, they are a great team and it did not feel like I haven’t been working here. Plus, I know the director, I know Ravi and Sargun, there’s a sense of familiarity. All in all, they’ve been really encouraging and wonderful. It is a great team.

Tell us more about what is going to change in the show with your entry.

See, they already have a lot of drama and tension happening between Fateh, Tejo, and Jasmine, but after that, the character that I bring in is of course, the beginning of a triangle. Secondly, the character I am playing, Angad Maan, he is not intense or brooding or in any form like Fateh, he is totally opposite. He is rather flamboyant, the guy who likes to party and works hard, and he is very difficult to handle when you see him, so there are those elements and when that comes in an intense story, that creates quite a stir on its own, it has an effect, after which there will be more tension between Fateh and Tejo, and there might be romance between Angad and Tejo.

Well, his entry is sure going to be one to watch out for, and we are mighty excited.