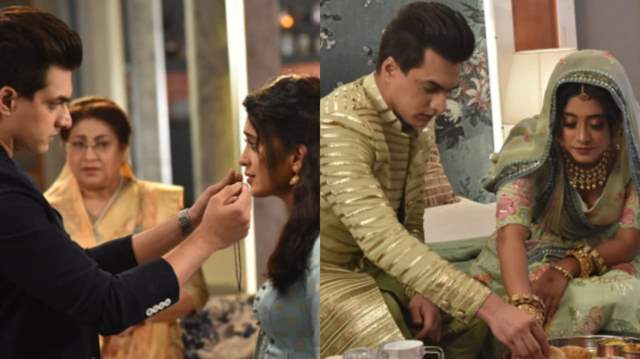 Star Plus show ‘Yeh Rishta Kya Kehlata Hai’ is getting quite intriguing with each passing episode. Kartik has brought Sirat back from Dalhousie and motivated her to not fake her identity and think about her dream of becoming a renowned boxer. Kartik wants Sirat to prove her innocence in Ranveer’s death case so that she can leave in dignity.

In the previous episode, Sirat challenged the media that she will prove her innocence in a week’s time. She asks the Goenkas too to tolerate her for another week and that she will make everything go away. They neither agree or disagree to Sirat’s request but Kartik motivates her by saying he is with her in this. Sirat and Kartik are faking their marriage.

They ask for Dadi’s permission to perform the puja rituals in their room and she agrees. While Kartik and Sirat have their meal together, they talk about their fake marriage and Kairav overhears them. Sirat then tries to make him understand that they had no option left and that’s why they lied to everyone.

Featured Video
In the upcoming episode, Dadi asks everyone to perform a ritual where the Goenka men have to put a mangalsutra around their wife’s neck. She asks Kartik to do it as well. As Kartik has been faking marriage with Sirat, it will be interesting to see if he will perform the ritual.