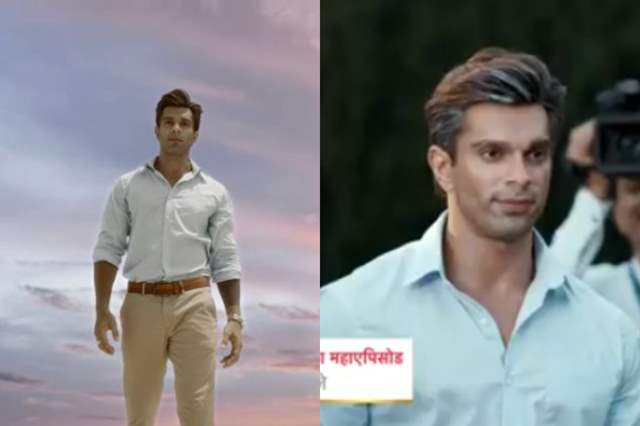 Star Plus’ one of the most popular shows Kasautii Zindagii Kay 2 has been creating a buzz since the reboot was announced. Be it their grand scale promotions by installing Anurag-Prerna’s statues or Komolika’s entry, Producer Ekta Kapoor has left no stone unturned in making it a success. The latest buzz was about Mr. Bajaj’s entry in the show which had left everyone guessing about the casting. Finally, the makers have dropped the first promo of Mr. Bajaj’s (Karan Singh Grover) super entry.

Rishabh Bajaj will be introduced in an hour special Mahaepisode of Kasautii Zindagii Kay on 17 June. Recently, the team flew down to Switzerland for shooting the introduction episode.

The promo opens with Mr. Bajaj who can be seen standing on the terrace of his office building and says, “Khel ho ya business, namumkin se ek kadam aage”. While the media is waiting down for covering the launch of his business’ new logo, Bajaj takes a leap off from the terrace with a rope and unveils the logo, leaving the media and others amazed by his courage and style.

Have a look at the promo below :

Are you excited for Mr. Bajaj’s entry in the show? Let us know in the comments below.