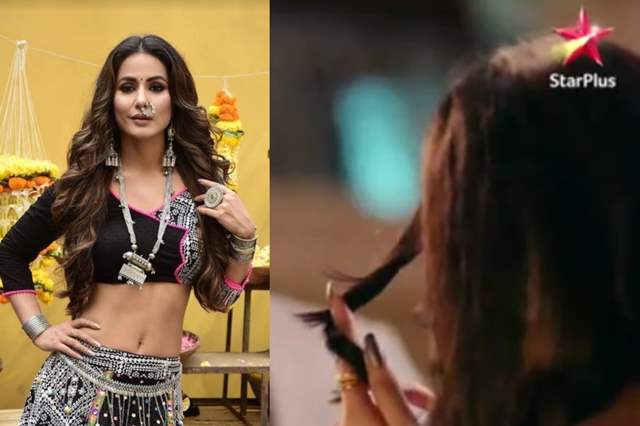 Star Plus’ one of the most popular shows Kasautii Zindagii Kay 2 starring Parth Samthaan and Erica Fernandes is already witnessing a high voltage drama, especially after the dashing entry of Mr. Bajaj aka Karan Singh Grover in the plot. Now, the show’s latest promo is again hinting at Komolika’s comeback in the show.

Actress Hina Khan who donned the iconic character of Komolika for the reboot, left the show midway to pursue a career in Bollywood. However, there have been speculations about the actress’ return on the show since quite long but she denied the rumours and gave clarification on twitter.

“Hehehe he was the first one to send me the small glimpse of the scene you guys saw in the precap yesterday.. although I haven’t shot it.. so old shots hv been used but ya gave my voice to the scene.. I am gonna meet them soon.. and I really miss them…,” she tweeted.

Star Plus dropped a new promo of Kasautii showing how things got heated between Anurag and Bajaj over Prerna. Prerna’s alliance with Bajaj has made Anurag furious and now all he wants to take is revenge. The promo also showed a glimpse of Komolika from behind where she is seen curling her hair and cursing Prerna.