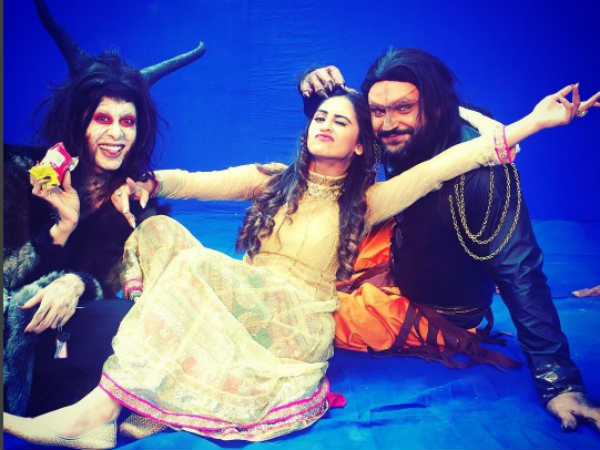 Zee TV’s popular show Brahmarakshas that stars Krystal D’souza, Aham Sharma, Kishwer Merchant and Parag Tyagi in the lead roles, might go off air soon. It has to be recalled that it was pre-decided that the show would be a finite series.

The show had initially garnered good TRPs. But later, there was drop in the TRP ratings. Rakshanda Khan, who plays the role of Mohini, was quoted by an entertainment portal as saying, “Only the channel and the show makers can decide when to shut a show. Also, February is a long way ahead and now we are still in November.”

It has to be recalled that Parag Tyagi was replaced by Kishwer Merchantt as the Brahmarakshas, but later, seeing the audiences’ response Parag was brought back to the show. As of now, the show is not going off air, as the makers are planning a major twist on the show. Well, this is a great relief to the show’s fans.

According to the latest spoiler, Mohini will be revealed as the main villain in the show. Mohini will plot the kidnap of Brahmarakshas. She will sell Brahmarakshas to a sheikh in Dubai, who would hire a team of scientist to create Brahmarakshas clones to use him to take over the world! While the Brahmarakshas is kidnapped, Rishab and Raina go in search of him. Apparently, Brahmarakshas will overcome this obstruction too, to achieve his goal.