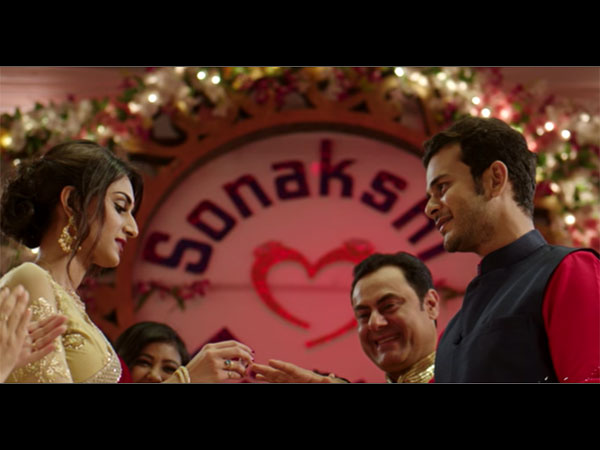 Dear fans! Gear up for a high-voltage drama in Sony’s numero uno show, Kuch Rang Pyar Ke Aise Bhi! After all the ‘rona dhona’, it looks like a major twist is awaited in your favourite show.

In the last episode, Dev (Shaheer Sheikh) arrives at the same restaurant, where Rithvik and Sonakshi are enjoying their dinner date. Dev gets jealous on seeing Rithvik and Sona together.

In the upcoming episodes, Dev would get to know from the marriage broker that it is Ishwari, who had sent Rithvik alliance to Sona. He would be devastated to know that his mother is behind all the happenings!

Dev would confront Ishwari about this. Upon hearing this, Ishwari admits the fact that she has sent Rithvik’s alliance for Sona. She tells him that Sona is a nice girl and she should move on. What will be Dev’s reaction?

Engagement Promo Is Out!

The new promo of the show is out. It begins with lovelorn and depressed Dev, in a never-seen-before-avatar reaching Sonakshi and Rithvik’s engagement venue in a drunken state.

Ishwari would be shocked on seeing Dev’s condition. Will she repent for ruining Dev’s happiness, at least now? Meanwhile, how will Rithvik react on seeing Sona’s concern for Dev? Keep guessing!

Not only that, he even offers to pay the bill, but Rithvik declines. Dev even tells Rithvik, that he loves Sonakshi and even she cannot forget him, which embarasses Sonakshi.

Upon hearing this, Rithvik politely asks Dev to marry Sona, if he loves her so much. He even tells Dev, that he will be happy for them. But, Dev doesn’t reply.

Sona gets angered and finally breaks her silence! She asks Dev to stop his drama and curtly tells him, that she is happy that, she has chosen Rithvik as her life partner, who will not make her cry, and leaves the venue.

Dev is devastated on hearing Sona’s words and starts drinking. The next morning, Sona receives a call from Tina (Dev’s secretary), who tells her that Dev is heavily drunk and lying in the office.

She rushes to office and urges Dev to move ahead in life and asks him not to meet her again, if he wants to see her happy and he agrees for the same. Dev gets to know that, Sona’s engagement is after 2 days.

Dev asks if he can attend the function, as seeing her getting engaged to someone else may help him move on in life . Sona agrees.

The engagement promo is out. Will Dev spoil their engagement? Check out the pics of the latest promo in the slides.