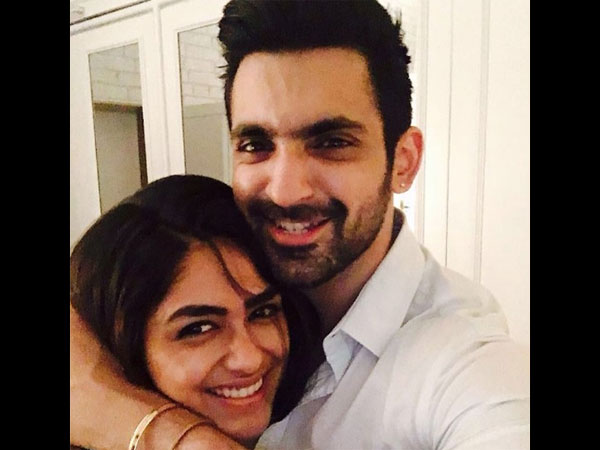 We recently reported that Arjit Taneja, who played the role of Purab in Kumkum Bhagya, had finally bid goodbye to the show. The actor had also shared pictures from his last day of shoot and an emotional message. Now, there are reports that Arjit might be joining Bigg Boss 10! Apparently, Arjit has been approached for the controversial reality show, but the deal is yet to be finalised.

Coming back to the last day of Arjit’s shoot, his co-actors too, got emotional. Sriti posted a picture snapped with Arjit and wrote, “…and one flew away from the cuckoo’s nest… Arjit Taneja go soar as high as the sky and beyond!!! @arjitaneja.”

Arjit posted a picture snapped with Shabbir Ahluwalia and wrote, “Friend/BigBrother/Guide/Idol @shabirahluwalia 😘😘💪🤘 (Thankyou Kkb).” For which Shabbir replied, “@arjitaneja you missed out lover , love you bro 😘😄 .”

Leena too, wished the actor, “Wish u all the best Arjit Taneja for your next move😊 will miss u on kkb set😉.”Regarding his last day on Kumkum Bhagya sets, the actor was quoted by an entertainment portal as saying, “Yes, I have already shot for the last day. I will miss the show a lot. Kumkum Bhagya is my first Balaji show, I have learnt so many things from the show.” He further added, “I will really miss all the things… the whole shooting routine, meeting Shabbir Bhai

, Sriti Jha. Leaving the number one show is like taking a big risk. I have learnt everything on the show. I have grown as an actor and also as a person.” Well, we miss Purab on Kumkum Bhagya for sure. What say guys?