Latest TRP Ratings: The Kapil Sharma Show Is Back In The Race;Zee TV Pushes Colors To The Third Slot 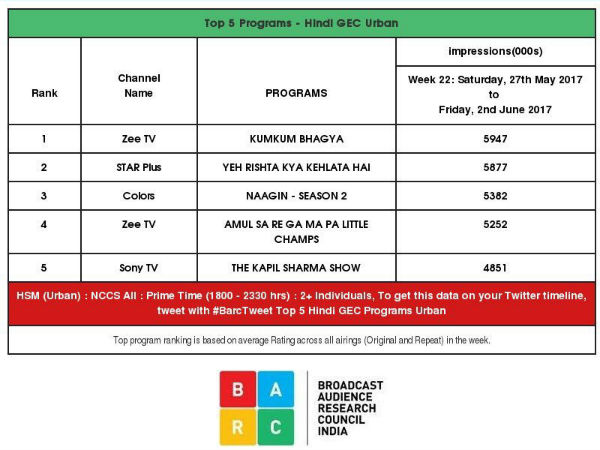