The little ‘Krishna’ on &TV’s next Paramavatar Shri Krishna is.. 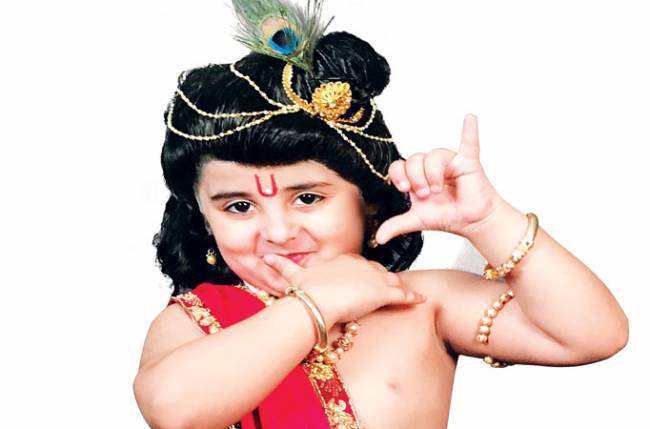 &TV has at long last come help in the wake of chasing for infant Krishna for quite a while. The producers have tried out more than 200 children for forthcoming show, Paramavatar Shri Krishna which portrays the account of a standout amongst the most worshipped Gods in India.

The chase has arrived at conclusion with kid craftsman Nirnay Samadhiya. A year old Nirnay has awed the channel and creators with his aptitudes and looks. He has been picked over a ton of abilities that without a doubt develops the fervor to watch him depict this lovable character.

Nirnay’s mom, Dr. Deepali Samadhiya addressed an amusement gateway where she said that he used to take on the appearance of Hanuman, Ram and Krishna amid different rivalries.

She shared that Nirnay has numerous nature of Krishna in him. She said that his honesty and devilish nature is something to identify with and that he cherished taking on the appearance of Krishna.

Paramavatar Shri Krishna is a legendary show which exhibits the excursion of Krishna from being the cherubic Nandlal to Lord Shri Krishna – the most genuine appearance of the making of a superhero.