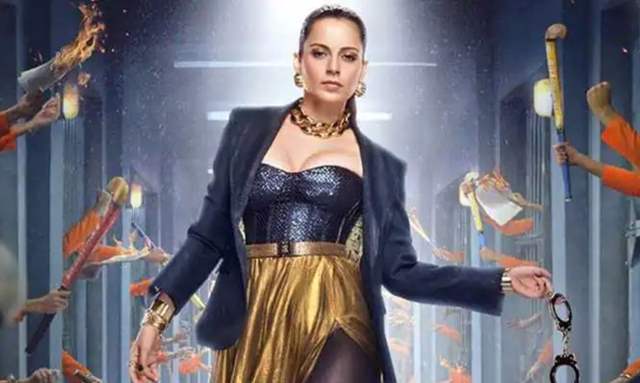 In this Atyaachaari Khel of Lock Upp, inmates never fail to get the components of drama, love, and amusement. Today, some special guests entered Kangana’s Lock Upp to commemorate Women’s Day and celebrate the same with the contestants.

The morning began with anticipation as inmates were informed of the esteemed guests. Additionally, the blue team demanded fruit salad from the orange team. The blue team was emphatic that they must utilize only their portion of fruits. Munawar later had an apple, which enraged Nisha and Tehseen, who exclaimed, “Tumko khana banane bola hai tum apple khare ho! This is inexcusable!”

The acid attack survivors from NGO ‘Milaap’ spent some very heartwarming moments with the contestants. It was a great surprise for the contestants who didn’t leave any chance to make them feel special. Five women entered the house, Ashu Ganeriwal, Daulat Bi, Lalita, Saira, and Archana and the contestants gave them a tour of the jail served them special food cooked by them. Karanvir Bohra, Babita, and Munawar entertained the special guests with their acts. There were many heart stops when Nisha Rawal couldn’t stop her tears as an acid attack survivor was sharing her story. Poonam and Payal also broke ice and patched up with teary eyes, the stories of these superwomen inspired both. The inmates gave them a tour of the prison and offered them special meals that they had prepared themselves.

Lastly, when Kaaranvir asks them what they want from society? To which they respond that all they need is acceptance and love! Babita promised to do everything she could to make this happen. One of the guests requested Kaaranvir to perform for them; he chooses Babita and performs a romantic act with her, while Munawar plays Babita’s father. With all of the power-packed performances, heart-wrenching stories, and absolute fun, the Lock Upp house was a sight to behold.

To know more about this super special Women’s day episode, Watch Lock Upp tonight only on ALTBalaji and MX Player at 10:30 pm