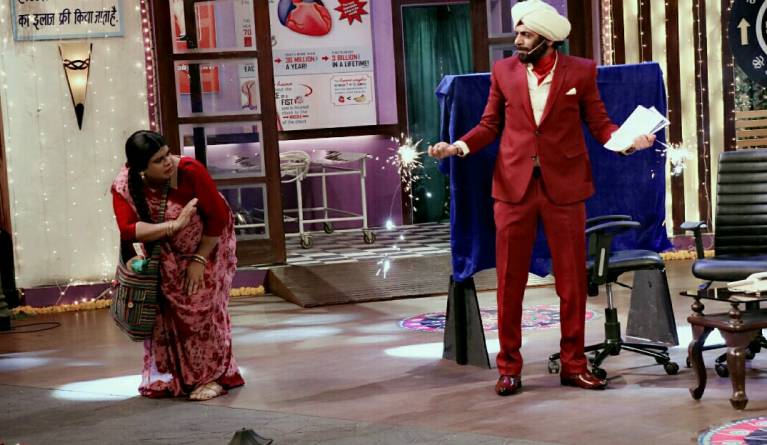 Sunil Grover, who is known for his hilarious gags and the multiple avatars that he dons for every episode; be it Rinku Bhabhi or Dr. Mashoor Gulati, has another surprise up his sleeves for the audience. This time, Sunil will be seen as none other than Navjot Singh Sidhu in the Diwali special weekend episode of The Kapil Sharma Show.

A source from the set informs, “Sunil Grover’s performance as Sidhu will keep the audience glued to their television screens. He made an entry as Sidhu in the Kaun Bhail Crorepati segment while the Naam Hai Siddhu song played in the background. And as soon as he entered, he started reciting shayaris in the former cricketer’s unique style.

Guests Ajay Devgn and Kajol couldn’t control their laughter. The duplicate Sidhu even brought a shayari book along with him. And it all happened right in front of the real Sidhu who enjoyed his act to the core.”

It sure sounds super fun!