Major revelation for Ranbir; to stop Prachi and Sid’s wedding in ‘Kumkum Bhagya’? 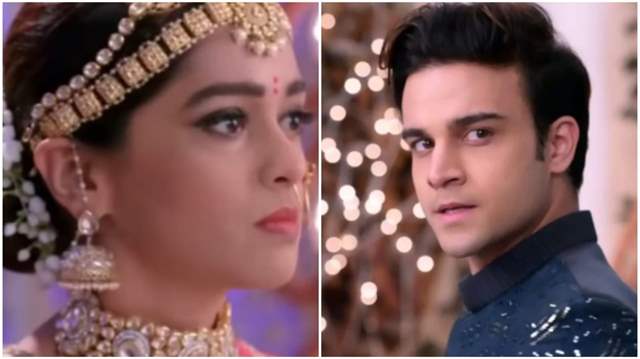 Zee TV show ‘Kumkum Bhagya’ is getting quite interesting with each passing episode. The viewers are waiting eagerly for Ranbir and Prachi’s reunion. The current track of the show revolves around Sid being blackmailed by Aliya and Rhea to get married to Prachi or else they will hurt his sister Mihika whom they’ve kidnapped.

In the upcoming episodes, Sid will reveal the entire truth to Ranbir and will expose Aaliya. Aaliya makes a video call to Sid. Ranbir watches Mihika’s state and understand that Sid and Prachi are going ahead with the wedding only under pressure. Sid also reveal to Ranbir that the baby that Prachi is carrying belongs to him and not Sid. Ranbir feels guilty for not being able to understand Prachi and her pain.

Furthermore, Sid and Prachi’s wedding rituals start. Ranbir and Prachi get into a dilemma. They recall their wedding day and all the pleasant memories. As Ranbir finally gets to know Rhea and Alia’s truth and the threat to Mihika’s life, he confronts Rhea and Aliya. Prachi announces that the baby she is carrying is a sign of love with Ranbir. Rhea plans for her next big conspiracy.

Will Ranbir and Prachi succeed to expose Rhea and Alia and stop the wedding? Only time will reveal.

‘Kumkum Bhagya’ is produced by Balaji Telefilms. The show has a stellar star cast including actors like Tina Phillip, Krishna Kaul, Mugdha Chapekar, Reyhna Malhotra among others.

Stay tuned to this space for more updates from the Television industry.