Major twist ahead, Tejo to die in Udaariyaan? 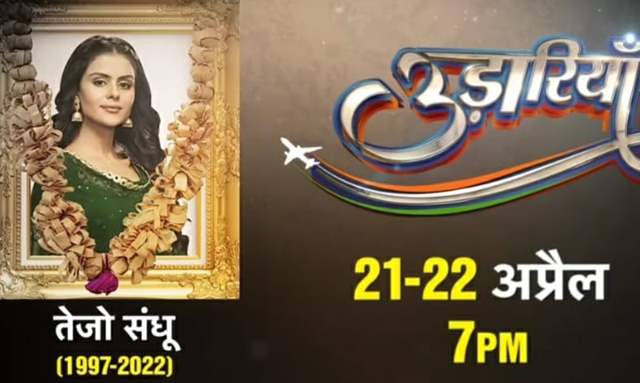 Colors show Udaariyaan, produced by Dreamiyata Entertainment has seen shocking twists wherein nothing is going right in the love life of Fateh (Ankit Gupta) and Tejo (Priyanka Chaudhary). The election campaign has taken a bitter turn with Tejo and Fateh’s romance being picturized in the video clipping was made public to one and all.

The makers are trying their level best to keep the audience glued to the show and the upcoming episode will see a high voltage drama and Tejo will be shown dead.

Yes, you heard it right!

The latest promo sees Tejo fighting for her life, followed by her screams, indicating her death. But who has done this, and who is responsible for this? Is Tejo really going to die? Or will there be a twist that follows.

We have exclusively reported that the show’s cast and crew will be going to London for the shoot. A major high point will be shot in London where the whole thing will be revealed.

Also, one of the promos earlier saw Tejo and Fateh seem to be going through a rough time and well, the episode ahead will see only more drama unfold. In what looks like a heartbreaking promo, we see Fateh shedding tears at the hospital while Tejo is heartbroken and is running away, recalling things Fateh told her, while she sheds tears given the current situation.