Malaika Arora takes over the stage of India’s Got Talent this weekend! 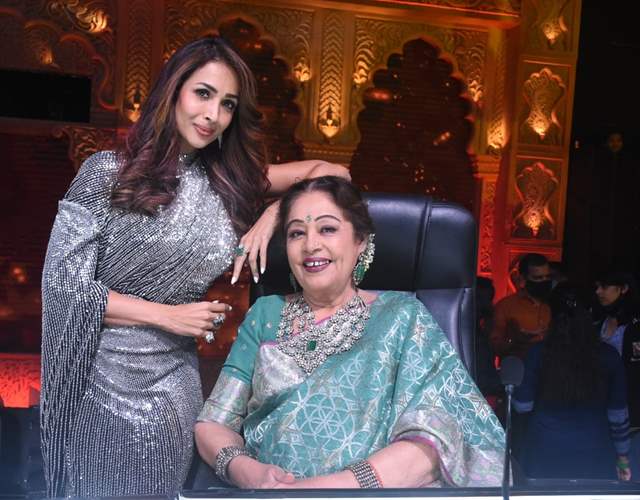 This weekend, viewers of Sony Entertainment Television’s talent reality show, India’s Got Talent are in for a ride filled with entertainment, nostalgia and more! The Saturday episode will define familial and friendship bonds with the ‘Rishtey Special’ and the Sunday episode will see the Top 11 contestants give a befitting tribute to India’s most respected and loved ‘Disco King’, the late Bappi Lahiri aka Bappi Da!

Talking about the Saturday episode, Malaika Arora will be seen taking over the judges seat alongside Kirron Kher, Badshah and Manoj Muntashir. Charging up the atmosphere with her elegance and beauty, Malaika will be seen sharing her excitement being a part of the show and also share some kind words for her dear friend and judge from the previous seasons of the show – Kirron Kher. As a sweet gesture, Malaika also sings ‘Tere Jaisa Yaar Kahan’ for Kirron Kher which beautifully showcases their camaraderie.

Not only will Malaika praise the contestants but also shake a leg with them on some of the most famous and chartbuster songs. Starting with Crazy Hoppers, Malaika joins them on stage and performs on the song ‘Chaiya Chaiya’ creating the same magic as she did when she first performed on the song with Shahrukh Khan on top of a train! Moving on to Bomb Fire Crew and Warrior Squad, Malaika will bring in the disco vibe as she dances with them on the songs ‘Jimmy Jimmy Aaja Aaja’ and ‘I am a Disco Dancer’ respectively!

The fun doesn’t end here! Bringing alive he magic of the late Raj Kapoor ji and the late Nargis ji from the movie Shree 420, Malaika and host of the show, Arjun Bijlani perform on the song, ‘Pyar Hua Ikrar Hua’ inviting applauses from one and all with Ishita Vishwakarma singing in the background.

This episode of India’s Got Talent will be a guaranteed fun watch for the viewers!