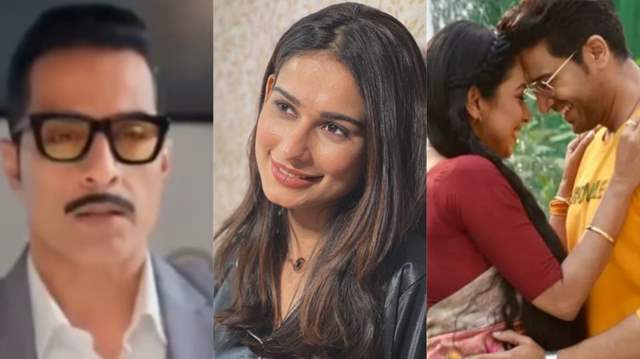 Star Plus show ‘Anupamaa’ is getting a lot of love from the audiences. The current track of the show revolves around Vanraj asking Anupamaa to stay at Shah house since apregnant Kinjal need her all the time. Unwillingly, for Kinjal’s sake, Anupamaa agrees for the same and gets worried thinking about Anuj’s reaction to her decision. However, Anuj pleasantly surprises Anu by understanding her situation and telling her that she can stay at Shah house without any guilt.

In the previous track, Vanraj smartly manipulated Malvika and made Anuj put his papers down from the Kapadia empire. He knew Malvika very well and the fact that she is in the business for the name’s sake and he would enjoy all the rights once Anuj is ousted from the company. Anuj dropped out of the Kapadia empire but with Anupamaa’s support he started the business on the basis of good will and got to partner in his friends’ business.

In the recent episode, Rakhi alerted Vanraj as Anuj is back in the business world. Anuj’s company won the business deal on which Vanraj and team were rigorously working. Vanraj blamed Anuj for using wrong means to win the contract. Anuj gives him back in style.

Amidst Anuj and Vanraj’s business rivalry, Malvika will soon make her grand re-entry in the show. Malvika was missing in the scene for quite some time now while Vanraj took extreme advantage of the same. Now, with Mukku’s comeback in the show, audience can expect Vanraj being in a tough spot.

It will be interesting to see if Mukku will understand Vanraj’s tactics and will she take all the professional powers from him or not.