Mehendi Hai Rachne Waali’s Shivangi Khedkar: Acting is what I love doing so I never had a plan B 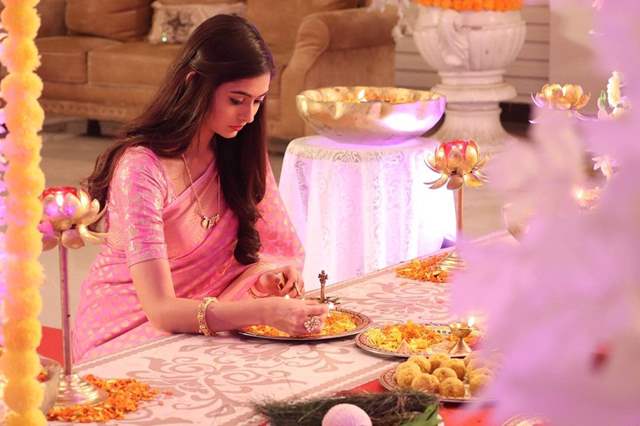 Mehndi Hai Rachne Waali actress Shivangi Khedkar has been grabbing a lot of attention for her performance as Pallavi Deshmukh. The actress, who is seen opposite Sai Ketan Rao has won hearts with her role and a storyline that has attracted many. India Forums got in touch with Shivangi and had a quick chat with her about an alternate career option for herself.

Ask her what would she be if not an actor, and she tells us, ”Well, I don’t have a Plan B, I never had a plan B. Everybody used to ask me, I am an engineer, during my engineering time, they used to be like you should have a plan B. They used to be like acting is a very difficult job, there are times when you don’t have work for a good amount of time, but I feel if you concentrate on one thing and you are behind it, you never need a plan B, so I never had a plan B, and I don’t want a plan B. This is what I love doing, every time I do it, it gives me a different high.”

Featured Video
Meanwhile, we also quizzed her about how is kickboxing and pole dancing going for her. She told us, ”Well, I am in Kolhapur plus I am doing 12-13 hours shift, so I don’t get time for it. I have learned pole dancing and kickboxing and I am dying to get back to it, but lets see maybe I’ll be starting my self practice soon, maybe have a pole in the house, that’s my plan. I am not sure about it though.”

Meanwhile, Mehndi Hai Rachne Waali will be airing its last episode on November 27 and while fans have been demanding an extension, it is unlikely that it would happen.