Naagin 3’s Karishma Tanna gets frightened out of her wits, thanks to Qayamat Ki Raat co-star Vivek Dahiya 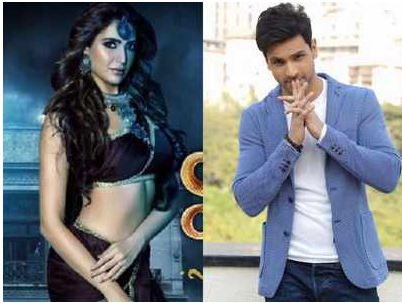 Performing artist Karishma Tanna and on-screen character Vivek Dahiya are good to go for their up and coming show Qayamat Ki Raat. The two, who have been shooting for the same for a long while, appear to have gelled along extremely well and are frequently observed playing tricks on each other.

As of late, while Karishma was seen recording a video of herself in her cosmetics space for her fans, Vivek all of a sudden showed up out of the blue, unnerving the performing artist out of her minds. Vivek, in his happy states of mind, was seen singing a Bollywood melody as Karishma couldn’t quit giggling on understanding the trick.

In another video, Karishma and Vivek are seen having a great time just before the public interview of the show. In a video recorded by Vivek this time, Karishma is seen moving to a hit number in the green room. It would appear that both the stars are having a great time of a period. As of now, Karishma who is likewise a necessary piece of Naagin 3, has been getting great surveys for the same. Vivek was most recently seen in the show Kavach. Qayamat Ki Raat likewise stars Dipika Kakkar ahead of the pack. Prior, this month, the trailer of the show was out and left fans charmed. Karishma and Vivek were seen shooting for their show in Hyderabad.