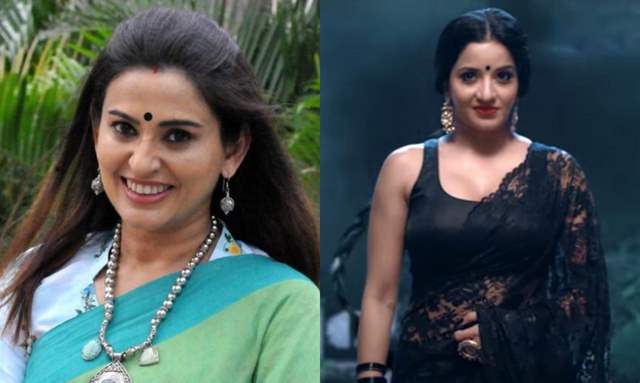 Star Plus’ heavenly dramatization, Nazar featuring Monalisa, Niyati Fatnani and Harsh Rajput in the number one spot jobs is seeing a noteworthy show since a few scenes. After Divya’s (Smita Bansal) rebound, the show has encountered a few changes. As of late, we announced about Mohana becoming acquainted with that Ansh has given her a phony talwar (sword) and that Mohana and Divya have held hands against Ansh.

Presently, we have a stunning update for all the fervent fanatics of the show.

Mohana and Divya will have a go head to head in the forthcoming scenes of Nazar. It isn’t new that Mohana and Divya have had a few battle in the past where Mohana has murdered Divya. Our sources have let us know, “Smita has returned for a brief period in an appearance job and consequently her character can before long say farewell to the show.”

At some point back there were media reports about Smita being reserved in Gul Khan’s forthcoming show, Raaz Mahal. Be that as it may, nothing is on the papers yet and the on-screen character has not by any means affirmed anything about it.

What’s your state on this forthcoming track? Tell us in the remarks underneath.

Furthermore, continue watching this space for all the more such news and updates.