Neha Bhasin on Parwah: It was an amazing experience to work with Rashami Desai 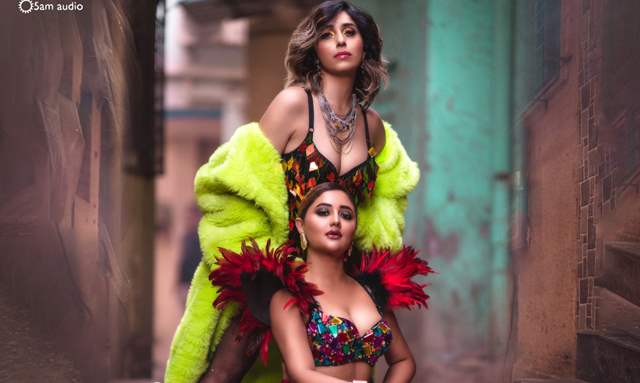 Singer Neha Bhasin is back to pavilion with her independent songs. This time she surprises all her fans with this new, refreshed and energized music video named, ‘Parwah’.

Neha decided to pen down her thoughst and be a catalyst for many women who want to live their own life. She comes up with the song Parwah which features her best friend Rashami Desai in it. The song has been shot in the slums of Mumbai. The attire and the way it is has been shot was quite appealing, giving a feel of an international music album. Young, Gunjan Sinha’s cameo with the hook step has definitely kept the audience engaged.

But more than that, the voice of Neha Bhasin and the lyrics written will give a goosebump to the listeners.

Talking to us on this, Singer and performer Neha Bhasin says,

“Parwah is not just a song but an emotion that I am bringing which will connect with many women out there. This is a song that speaks of my journey. Being a woman and being judged all my life for being me. If I cared about what people said and felt about me, I would’ve never accomplished anything or wouldn’t have had the courage to live life on my own terms.”

“It was an amazing experience to work with Rashami Desai along with the young and dynamic Gunjan Sinha. Rashami and I despite being good friends outside, made sure to bring our own professionalism and our respective forte to the table. Our main motto was to give an international vibe to the song, keeping the desi element in place. The output has been really great and kudos to the entire cast and crew. Really excited to be hearing all the lovely responses coming in from the fans and listeners of the song.”