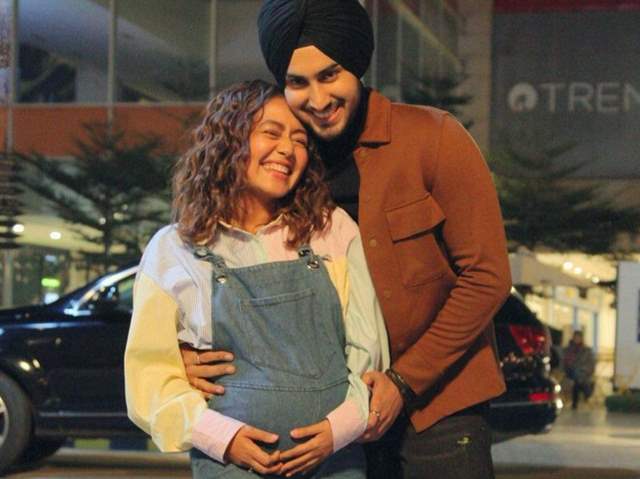 Neha Kakkar has been surprising her fans with good news one after the other. After her marriage to Rohanpreet Singh, she now seems to have announced the good news of their pregnancy on social media.

Neha shared an adorable snap with Rohanpreet and wrote, “Khyaal Rakhya Kar.” She is seen cradling what seems like a baby bump while Rohanpreet hugs her from behind.

They two met on the sets of their song Nehu Da Vyah and instantly fell in love. Neha and Rohanpreet’s wedding was a rather grand affair held in Delhi with just close friends and family in attendance. And soon after the wedding, Neha and Rohanpreet had taken off to Dubai for their honeymoon.

Post marriage, they made their first TV appearance on The Kapil Sharma Show and Neha is currently seen as one of the judges on Indian Idol 12.

We wish the couple all the good luck!