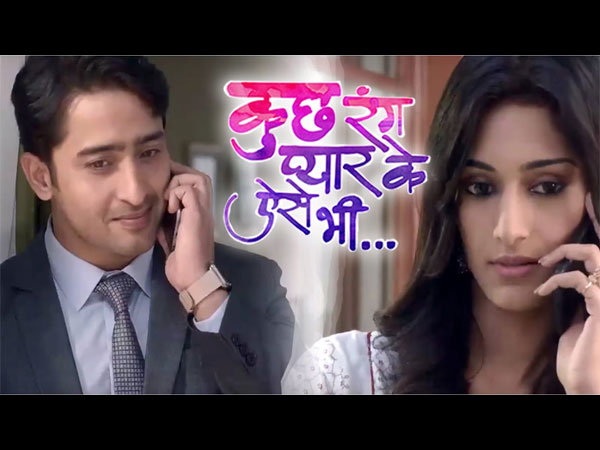 
Sony’s Kuch Rang Pyar Ke Aise Bhi is surely winning accolades for its fresh heart-warming story and performances of the lead actors Shaheer Sheikh, Erica Fernandes and Supriya Pilgaonkar. Undoubtedly, Shaheer aka Dev and Erica aka Sonakshi are one of the most popular couples of television. Recently, there have been reports that Shaheer is quite unhappy with the current track and he feels that the show has joined the long list of the saas bahu dramas.

We had also reported that fans are quite disappointed with the current track too abnd they had expressed their displeasure all over the social media. The show has set high standards in terms of story telling and performances and the audiences are not ready to accept anything less. They certainly have high expectations from the makers. Well, the latest buzz is that the upcoming historic show,

Peshwa Bajirao which is based on the Bollywood film, Bajirao Mastani will replace this popular series. Shocked, isn’t it? Indeed this came as shocker for all the fans out there. Read on to know what the channel has to say about these reports.. “Kuch Rang is one of our best shows. It is doing great on the TRP charts and also has a dedicated fan following. People love the characters. There’s no question of ending the show,” said the channel sources. Yes, you have heard it right. The channel has denied all the reports regarding your favourite show going off-air. Phew! We are relieved!