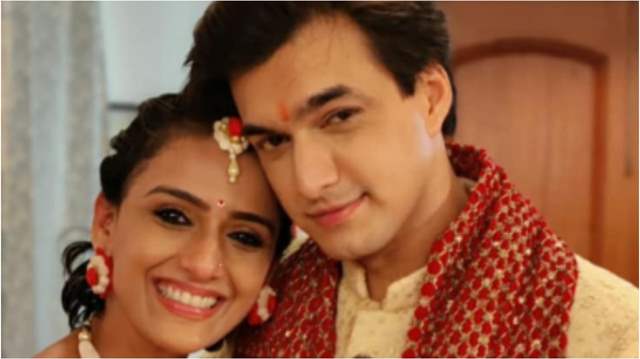 India Forums was the first one to report about Mohsin Khan exiting from Star Plus show ‘Yeh Rishta Kya Kehlata Hai’. The actor completed the shoot recently and have been sharing beautiful pictures along with the cast and crew of the show.

The producer of the show Rajan Shahi visited the sets on Mohsin’s last day of shoot. A source revealed that Mohsin was given a grand farewell and the actor along with other cast and crew members were quite emotional as Mohsin bid an adieu to the show. Star Plus recently released a promo of the show confirming the leap and Shivangi Joshi- Mohsin Khan’s exit from the show.

The five-year long journey has come to an end and actress Niyati Joshi who plays the character of Suwarna Goenka who’s Kartik’s mother, took to social media and expressed her thoughts on Mohsin’s exit. With the leap, child actors Aarambh and Siddharth who played the characters of Kairav and Vansh will also mark their exits and Niyati shared her thoughts on their exits as well.

Featured Video
She wrote: I never though I would get tears in my eyes when he held the mike for the last time on the sets of YRKKH. You will be immensely missed @khan_mohsinkhan. Wish you loads of love and luck for your future projects and I hope we cross paths again, but next time you playing my elder brother.

And to talk about my reel partners @aarambh.trehan @siddharth_actor_official, my reels will be incomplete without these two. My morning routine of checking your nails and hitting Aarambh on his hand (he has a habit of chewing on his lips. Siddharth’s infinite times of wishing good morning in his squeaky voice… all will be missed.

Will you miss Mohsin, Aarambh and Siddharth in ‘Yeh Rishta Kya Kehlata Hai’? Hit the comment section below.