Our show is no ordinary family but a very unique ensemble of characters: Hima Singh of Sab Satrangi 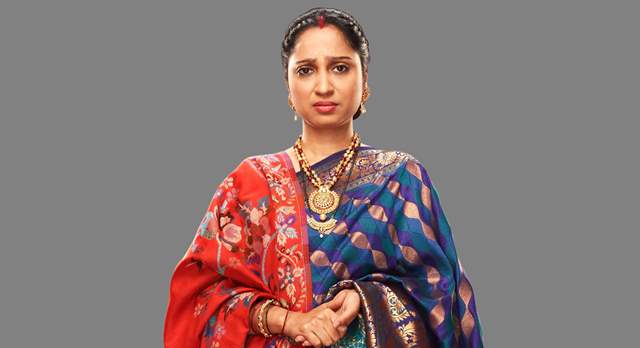 There are families, and then there’s a Satrangi family, signifying uniqueness, and diversity like each of the colors in the rainbow in its true sense. This Satrangi family is all set to entertain the audience soon on Sony SAB in the upcoming show, Sab Satrangi. With a fine blend of fresh storyline and unique characters, Sab Satrangi will take the viewers to the picturesque city of Lucknow, to the Maurya household, an unconventional family who share their joys, sorrows, dreams, and despite the differences, they hold on to each other and stay united.

Hima Singh aka Kanak of ‘Sab Satrangi’ get into a candid conversation. Read on to know more.

1. How does it feel to be associated with Sony SAB’s Sab Satrangi?

Prior to this, I was mostly associated with films and OTT Platform, though I have done television episodics in the past. When this project came along, the storyline piqued my interest. It wasn’t like just any other tv serial. The writing was great. The script and the characters, it got me really excited. And after reading and workshop sessions with our director Saurabh Tewari sir, my excitement knows no bounds.

2. What intrigued you towards that show – that one USP that you saw, and you’re like, No, I am going to do this show.

It was the character that was the biggest pull. Sab Satrangi is a story of not just one person, it’s about the entire family and the relationship shared between them. This is indefinitely different from regular drama that we see, and that really interested me. It’s not going to be slapstick, it will be a nice, situational comedy. Personally, I have a thing for these kinds of shows, so altogether, this project really intrigued me and I’m thrilled to be a part of it.

3. Say something about your character.

Kanak is the Maurya family’s daughter and somebody who has been married for a while, but she’s still staying in the family, because of her life circumstances which you would know once you see the show and also because her love and devotion for her family is immense. Being an elder daughter in the family, she is very protective as there is no mother figure. Hence, she is the primary mother figure to Manu, and of course to others. She is the type of person who would gladly take on all of the domestic tasks, and because the family is matriarchal, Daadi and Kanak are the two women who keep the family together.

4. How has been the experience shooting for the show?

I would say brilliant. Firstly, Saurabh Tewari sir, I was in awe of him when I met him, and he narrated all the characters in the script with such passion. He was so into the project that all of us just weaved around his passion. In the beginning, there were 3-4 days of workshop with the team and him and it was so wonderfully orchestrated and there was so much work around it. Overall, it’s so fascinating to see that there’s so much work happening around a project in the making on television.

5. The show basically reflects a different approach and talks about the positive approach that you have in life. How optimistic are you in real life?

I would say I am very optimistic. I have my moments like every human being but I think I quickly pull away. I believe that whatever you believe in comes true, so i make sure I keep a check on that.

Featured Video
6. How is Sab Satrangi really going to bring that difference to the television which is missing on television right now?

Firstly, it is going to bring a lot of authenticity to the table and once the audience views the show, they will be able to see how real and believable all the characters are. We are not merely acting but we are totally invested in our respective characters which adds the authentic touch to it. The script is incredibly well written, and we’ve all picked up the Lucknow accent and worked out the smallest nuances of our characters, believe me, you feel like this show is your own story. The situation and the characters are that relatable and real.. Our goal is to entertain everyone who is going to watch our show and we are really working hard towards it. Our show has this unique offering where we do not want to forcefully feed comedy but want the situations in itself to churn out laughter. So that will be a fresh change on television. Sony SAB itself has the theme of spreading happiness and all the shows that are airing have the core messaging to spread happiness, that khushiyon wali feeling and Sab Satrangi is another step in that direction.

7. How are you prepping up for your character?

I have been working on Kanak’s journey, her backstory and what makes her the way she is. I am from Lucknow originally, so I am well versed with the accent and the diction. I have been working with Saurabh sir to get a better understanding of my character and chalk out the smallest details like what makes her so protective as a person, what have been her life circumstances and where does her inherent anger come from. Saurabh sir creates magic when he is explaining the graph of characters.

8. What is the one thing that the audience will take away after watching this show?

I think the audience will have a lot of fun while watching the show. It’d be fun more than anything, it’s going to be relatable and very fresh. The audience will be able to enjoy it with their family because our show is no ordinary family but a very unique ensemble of characters as the name Sab Satrangi suggests.