Pandya Store: Shiva’s plan to give a competition to Dev’s store; Gautam meets with an accident 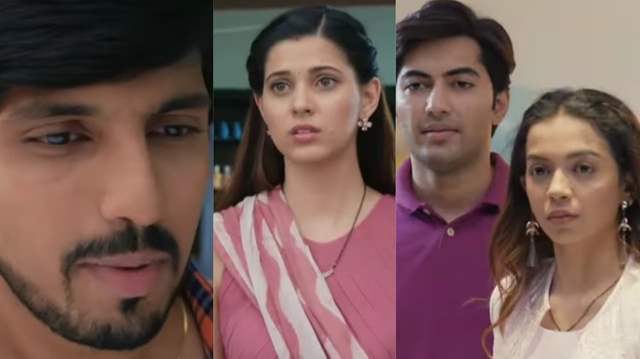 Star Plus show ‘Pandya Store’ is gearing up for some major twist and drama. The current track of the show revolves around Dev and Rishita joining the new shop gifted by Janardhan. The shop is right in front of Pandya Store, giving it a tough competition. Dev has accepted the offer of running the new store leaving his family members shocked. Shiva is totally against the same.

In the upcoming episodes, Dev asks Suman to bless him for his new venture as he is doing the same for the future of his baby and he don’t want his baby to have a difficult childhood like what he faced. Suman blesses him half heartedly. Shiva still fumes in rage while Gautam is clueless as to be happy or sad. Dev asks about Dhara and Gombi tells him that she is out for Hardik’s bride- hunting.

Dev gets taunted by some for taking the favour from his in laws and also someone tells him that it’s better that he walked out of the previous store. Dev gives a positive reply to him. Shiva hears a business competition announcement and gets a pamphlet. He gets an idea. Raavi and Shiva see many customers at Dev’s shop and get worried. Shiva puts a discount board to attract customers but Gautam states that he is against the same.

Shiva thinks that they should think about a permanent solution to gain customers. Janardhan gets worried thinking what if Dev gets back to his brothers and rename the shop on their names. He thinks of sending Dev away and managing the store along with Rishita.

Janardhan taunts Gautam about breaking his family and tells him that this time around he will not let them reconcile. Gautam walks directionless in his thoughts and gets hit by a truck. Shiva calls him while he struggles with the injury.