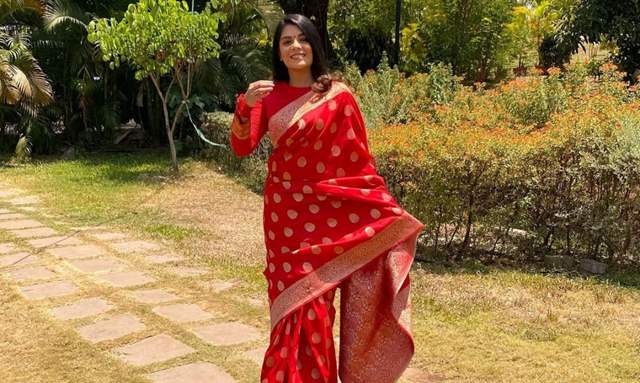 When you think of the show that Mann Kee Awaaz Pratigya is, you do visualize characters of Pooja Gor and Arhaan Behl. And the fact that they have carved out that image for the show and themselves, speaks for itself. As Star Plus brings back a bunch of cult shows as quick stories every weekend through Ankahee Daastaan, India Forums got in touch with Pooja and spoke to her about reliving the character again, the show being a cult, and what she looks forward to ahead. Read the conversation here.

You relived the character just recently but season 2 went off-air, was it easier to reconnect with the show again?

Yes obviously, there wasn’t much time and there was just one month in the middle, which also wouldn’t have been because I was down with dengue and I was bed rest for about 20 days, which is why we couldn’t shoot, hence everyone waited for me to get okay. Shooting for the show was easy. Pratigya as a show is one that I can connect to and it basically runs in my blood, you can wake me up and I can be Pratigya any given time in my life, it has become me, and I have become Pratigya, it runs that deep, we are inseparable.

The show is a cult one, and that makes its return special, how true is that for you too?

Featured Video
Would you say shows like Pratigya still find an audience in the modern-day and age we live in?

Oh, absolutely. TV haven’t changed that much and also because our audience hasn’t changed that much. The problems that we show on shows like Pratigya and evolved shows, which fall into the daily soaps bracket but their subjects are realistic and modern, clubbed with entertainment and drama, are taken from the problems that exist in the society, we just enhance it a little too much and add melodrama to it (laughs). But, they are relevant and of course, there is a huge audience for TV, there’s an audience for everything, and most definitely a show like Pratigya, because it is flexible with time.

Lastly, what kind of roles are you looking to explore ahead, in TV, films, and OTT?