This popular Sony TV show to go OFF-AIR in August? 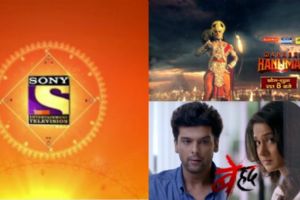 Sony TV is good to go to accompany its fanciful arrangement, Vignaharta Ganesha, where youngster performing artist Uzair Basar will be seen assuming the part of Lord Ganesha.

With the promos of the show effectively out, the show has been getting a decent criticism.

What’s more, as another show comes, an effectively existing one should go off air. As indicated by the continuous news, Contiloe’s Sankat Mochan Mahabali Hanuman will be supplanted by the up and coming mytho from a similar generation house.

As indicated by the news, the show will be going off air on the eighteenth of August 2017. While, Vighnaharta Ganesha will take the schedule opening as that of Hanuman from 21st August.