Presenting the most Anokhi character of Indian TV 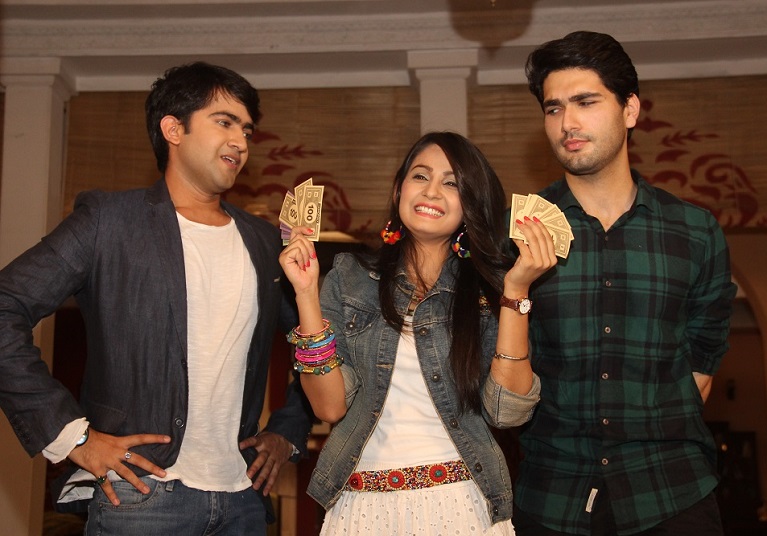 Try as much as you will but it is going to be very difficult for anyone to disagree to what this young, funny and vivacious girl has to say. Her one-liners are a reflection of almost every young mind’s mantra of life! Meet Anokhi Tilak Mehra, a never seen before, quirky female character, all set to make her debut on Indian television with the new show Humko Tumse Ho Gaya Hai Pyaar Kya Karein

Star Plus has always created memorable iconic characters; be it a Sandhya, Pratigya, Suhana, Ishita or Titu. Every character has left their impression and has been widely loved by viewers. From the same stable comes a truly Anokha character Anokhi who strongly believes that Money can buy happiness. A smart girl of today’s generation, she is effervescent, pragmatic, witty and street-smart. She is a warm and sensitive person who just has a very practical view on why money is important in life – after all at the end of the month you need money to pay your bills!

Set in Delhi, the show tells the story of two unconventional families with their distinct Delhi flavours. Anokhi belongs to the lower middle-class Mehra family while the male lead Tushar belongs to the affluent Mallik family. Anokhi’s role is being essayed by Ishani Sharma, a fresh face from Himachal Pradesh who gave up engineering to follow her passion for acting. Joining Ishani is Varun Toorkey
as Tushar. The show features an ensemble cast with veteran actors Sudhir Pandey and Abha Parmar in key roles. The show is produced by Suzana Ghai of Panorama Productions.

Ishani, who is making her debut with the show says, “I’m nervous yet excited to enter this industry. I’m playing the character of Anokhi whose thoughts are reflective of today’s generation so I can completely connect with her. Her character is very edgy and unique, her philosophy and beliefs are very different from what is seen on Hindi GEC and that is what attracted me to this role. Despite being a newcomer, the channel and the producers have displayed immense faith in me and I consider myself extremely lucky to make my debut with India’s favourite channel”

Sharing her thoughts about the concept, producer Suzana Ghai said, “Anokhi’s character has been on my mind for very long time and I have been working to get just the right characteristics and nuances in place. I am extremely happy that we are finally able to bring this distinctive and unusual character alive who is in many ways the face of today’s youth. The entire team, especially the actors have worked very hard and we are looking forward to presenting Anokhi to the viewers.”

As Anokhi would say, “Whoever says money can’t buy happiness didn’t know where to shop!”