Prithvi Vallabh to hit the screens in January 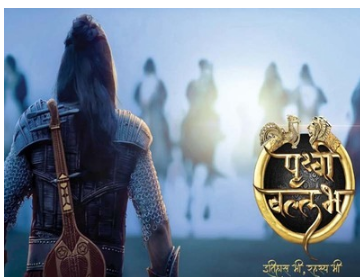 Prithvi Vallabh is an extraordinary story of two archrivals that begins with contempt in a front line and winds up turning into the greatest romantic tale. It will introduce an untold story of a period when tireless quest for desire was most celebrated and will have the component of both riddle and fiction. With an amalgamation of craftsmanship, culture love and war, the show will delineate a time where Indian kingdoms were wildly defensive about their riches and masses.

The show’s stellar star give incorporates Ashish Sharma a role as Prithvi, Sonarika Bhadoria as Mrinal, Pawan Chopra as Singhdant, Shalini Kapoor as Rajmata, Alefia Kapadia as Savita, Jitin Gulati as Tailap, Piyali Munshi as Jakkala, Surendra Pal as Vinayaditya, among the others.