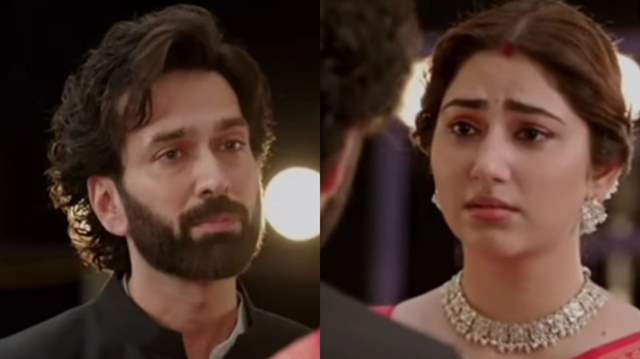 Sony Entertainment Television’s romantic drama Bade Achhe Lagte Hain 2 is keeping viewers on to the edge of their seats with high-end drama. With Priya (Disha Parmar) finding out about Nandini’s (Shubhaavi Choksey) truth and Ram (Nakuul Mehta) cracking the deal with the minister, viewers are highly anticipating what’s next for the television’s favourite couple #RaYa. While the ardent fans wait to see Priya’s response to Ram’s request to she stay back, tonight’s episode will be about Priya and Nandini engaging in a conflict.

Kapoor mansion is celebrating Janmashtami in full swing with Pihu getting Ram and Krish divided into two teams for some fun and interesting games. On the other hand, Priya who is now well aware of Nandini’s intentions will warn her saying she had done a big mistake by targeting her family. She left Ram five years ago on her terms, but if she continues, she will have to reconsider her decision. Will Priya’s change of mind bring Ram and Priya together or will Nandini once again break #RaYa?

This week it will be interesting to watch how Priya will try and manage to protect Ram, Pihu and Ishaan.

– Shubhaavi Choksey
Essaying the role of Nandini Kapoor, Shubhaavi Chokskey says, “The show has been keeping the viewers at the edge of their seats. Everyday a new layer unfolds compelling the viewers to rethink. This week it will be interesting to watch how Priya will try and manage to protect Ram, Pihu and Ishaan. Will she agree to Ram’s request? What course will her life take next?”

‘Bade Achhe Lagte Hain 2’ is produced by Balaji Telefilms. It has a stellar star cast including actors like Nakuul Mehta, Disha Parmar, Shubhavi Choksey among others.