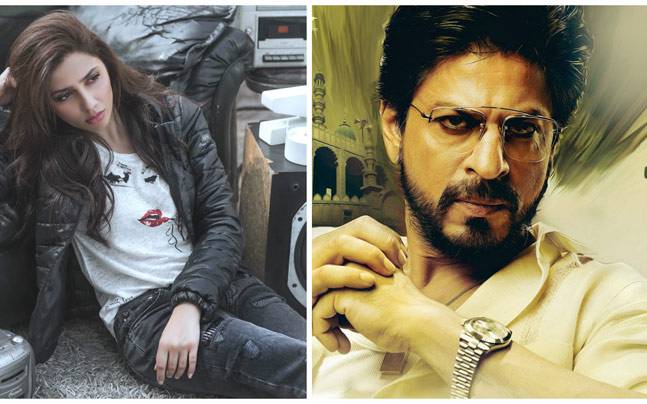 The 33-year-old Pakistani actor is concerned with the cloud of uncertainty surrounding the release date of her debut Bollywood film Raees.Pakitsani beauty Mahira Khan is reportedly unhappy with the delay and cloud of uncertainty surrounding the release of her debut Bollywood film Raees. The Shah Rukh Khan-starrer was supposed to release on Eid this year along with Salman Khan’s Sultan but it got pushed to January 26 next year which also happens to be the release date for Hrithik Roshan-starrer Kaabil.

According to a report in BollywoodLife.com, Mahira who was hoping for a grand start to her Bollywood career with Raees now feels uneasy about her debut film. A source close to the film told the website, “Mahira has been getting interesting offers in Bollywood, but she has signed a contract with the Raees makers that stops her from taking on any new work in Bollywood until the release of the film.”

Given such circumstances, it will be a while before Mahira will get to see herself on the big screen. After the critically acclaimed but commercially unsuccessful Fan, Excel Entertainment and Red Chilies Entertainment, producers of Raees are trying to look to get the perfect release date for SRK’s next to get maximum returns at the box office.

This year, on Eid, Shah Rukh Khan, during an interaction, told reporters that Raees does not have a release date. He also said that his team is talking to Hrithik Roshan’s father Rakesh Roshan about shifting release dates. The Dilwale actor is eyeing the Republic Day weekend as he wants to release Raees on January 26 next year. However, Hrithik’s Kaabil was already slated to release on that date. Like Eid, the Republic Day weekend is a ripe time for any film to release and make money, so it is understandable why neither party wants to budge from the January 26 release date.

Moreover, during Mohenjo Daro’s promotion in Mumbai, Hrithik Roshan did not commit on saying anything about pushing Kaabil’s release date from January 26. Yesterday (July 19), pictures of Shah Rukh visiting Hrithik’s house in Juhu surfaced, which became the talk of Tinsel Town. This is the first time King Khan has actually visited another star’s home to settle professional matters.

Raees, directed by Rahul Dholakia, is the story of a bootlegger-turned-politician (Shah Rukh Khan) and his conflict with a police officer played by Nawazuddin Siddiqui. Mahira Khan plays Shah Rukh’s wife in the film.