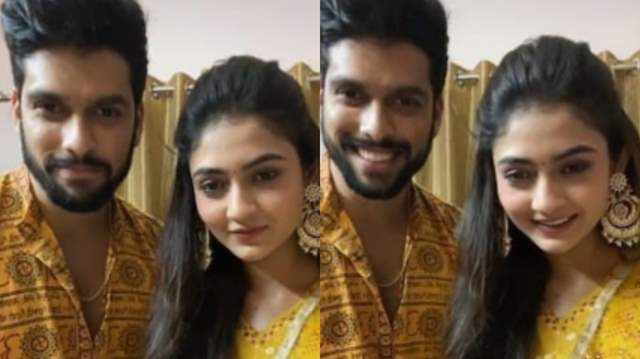 Star Plus show ‘Mehndi Hai Rachne Waali’ is heading towards a major twist. The current track of the show revolves around Raghav and Pallavi going through the test of time as Pallavi has finally learned about Raghav’s one night stand with Esha. Meanwhile Sunny has been trying to manipulate Esha to win over Raghav.

In the upcoming episode, Raghav ends up at Deshmukh house and requests Pallavi to speak to him. Pallavi denies at first but agrees to talk. She tells him that they can talk outside. Raghav apologizes to Pallavi and requests her to return home. He tells her that it’s their first Diwali together and that they should celebrate the same with each other. Pallavi tells him that he did extremely wrong by spending a night with Esha and not telling her about the same.

Pallavi vents out her anger and says that all this while she was feeling insecure and thinking that she isn’t enough for Raghav while he kept her away as he was on a guilt trip. Raghav insists and Pallavi slaps him and tells him that he doesn’t have rights on her and that she curses the moment she fell in love with him. Pallavi tells Raghav that her life is spoilt.

Featured Video
Pallavi goes inside the house and family members ask her about the matter. Pallavi says everything is fine and she wants to celebrate Diwali with Deshmukh family. She breaks down after entering her room, Raghav breaks down outside Deshmukh house.

Esha packs her bags and gets ready to leave but Sunny manipulates her again and asks her to stay back as Raghav is alone and would need emotional support.