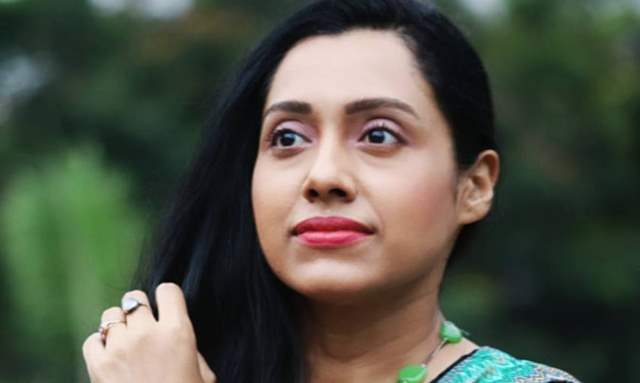 Actress Rajeshwari Datta, who plays Panthara Devi, who is Radhamani’s mother, in Vidrohi, says initially she found the show taxing.

“Initially it was taxing because it’s a historical show and the language is really tough. We don’t get much time to prepare the scenes, so it gets a little taxing. But now with time I’m getting used to the language and enjoying playing my character” she said. The dialogues in the show produced by Subrat Sinha and Dr. Bodhisattva of Gaatha Productions are in pure Hindi which was very difficult for her since she is a Bengali.

“In daily life, we don’t use such words. I was worried about whether I could do it or not. But as actors, we have to be versatile, so I worked hard and in a few days I got comfortable with the language,” she said. Historical shows have a separate fan base. Apart from the entertainment, they also provide a lot of knowledge about the topic. “Indian history is very rich in culture. And there are so many incidents that happened in our history which we don’t know. The history of warrior Jagabandhu is one of them,” she said.

She feels that people should know their history. “It’s good for knowledge. The new generation will get to know about our Indian history. Even I didn’t know about Jagabandhu before. When I was approached for this show and I started doing this serial, I got to know about this brave warrior, who was from Orissa,” she said.

There are not many historical shows on TV currently. Asked if she feels it is an advantage to her show, she said, “At this time there is no historical show running on the channel. You mostly see the same historical serials which keep on repeating. This is a unique and different story that has never been seen before, so people are really liking this show,” she said.

Vidrohi has a love triangle as well, and she feels that as far as love is concerned, love attracts every age. “If we look at history, most of the wars that have happened, love has been the reason behind it. Most people love to watch romantic films. Love is something which is never going to end. As long as there is life, there is love. Whether it’s love between two people or a love triangle,” she said.