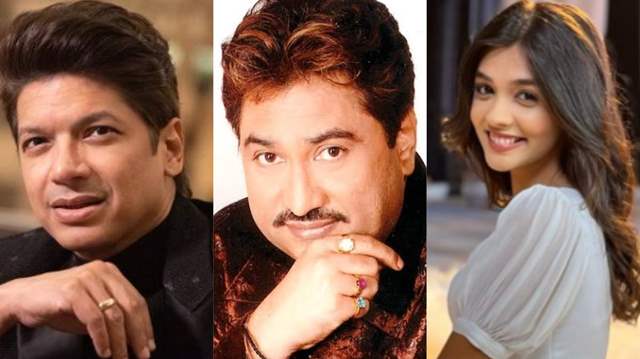 Star Plus is making headlines with its Sunday Entertainment show ‘Ravivaar with Star Parivaar’ where various Star Parivaar families battle it out for the title of ‘The best Parivaar’.

Until now many celebrities like Ranbir Kapoor, Vani Kapoor, Govinda and wife Sunita among others have been a part of the show which is hosted by Arjun Bijlani and Amaal Malik.

Now, India Forums has exclusively learned that in the upcoming episodes, the makers have roped in popular singers Shaan and Kumar Sanu as guests in the show. Needless to say, the duo will join seperate teams and will lock horns with each other while the vibe of the show will become musical with two singing sensations sharing the stage.

Along with this, India Forums has also learned that actress Pranali Rathod aka Akshara from ‘Yeh Rishta Kya Kehlata Hai’ will be seen donning the look of legendary singer Bappi Daa for the dumb charades round. For the uninitiated, in one of the rounds, one member of the team disguises himself/ herself into a popular personality and enact songs related to them and that member’s team need to guess the song. Akshu aka Pranali is brilliant in this round so far and has taken avtaars of Allauddin Khilji (Ranveer Singh), Anjali (Kajol) among others. And this time too, Pranali will be seen rocking the round with her act.