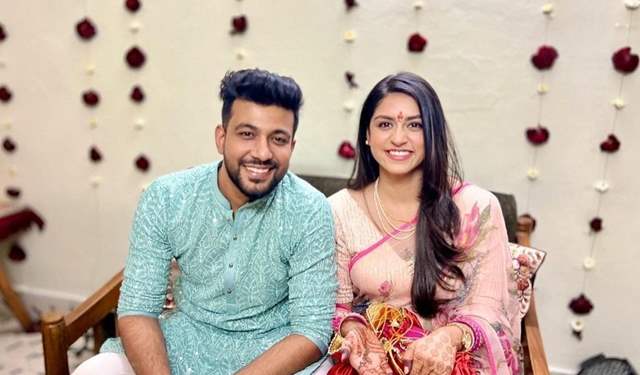 It might not be wedding season anymore but we all know how everyone is waiting for what is probably going to be the biggest wedding in Bollywood in recent times – that of Ranbir Kapoor and Alia Bhatt.

And while that is in Bollywood, here in the television industry, we do have one couple who announced their togetherness with a roka ceremony. Actor Jyoti Sharma, who is best known for her stint in Aisi Deewangi…Dekhi Nahi Kahi announced getting ‘rokafied’ to Tushar Bhardwaj.

On his Instagram profile, it reads that Bhardwaj us a creative director and looking at his posts, it seems he has worked on multiple TV shows.

Talking about Sharma, she was last seen in the show, Ram Pyaare Sirf Humare.

We wish the actor loads of congratulations.