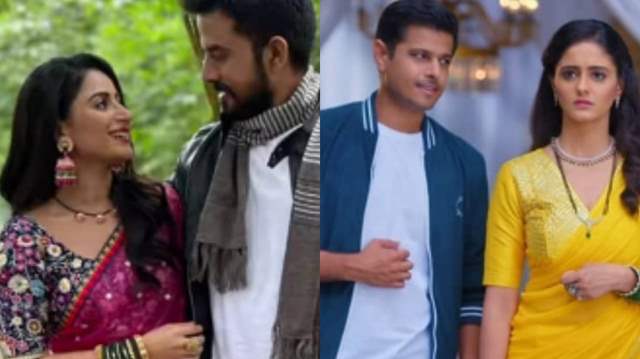 Star Plus show ‘Ghum Hai Kisikey Pyaar Meiin’ is getting quite dramatic with each passing episode. The current track revolves around Samrat being back in Sai, Virat and Pakhi’s lives. Samrat enters Chavan house and meets everyone. Mansi, Ashwini, Bhavani and others get emotional.

In the upcoming episode, Samrat announces that he hasn’t returned to the house and have just came in to meet them for the last time. He states that he was willingly staying away from the family and his life has changed considerably. He says that he is very happy and content in his new life. Bhavani asks him to think about his mother Mansi. Samrat says that his mother has always priortised his happiness and will do the so even in the future.

Featured Video
Bhavani drags Pakhi and gets her in front of Samrat. She tells him that Pakhi has been waiting for his arrival right from the day he left. She is silently fulfilling her duties as a daughter-in-law and stayed back at Chavan niwas. Samrat states that she isnt staying there for him rather someone else is the reason what has kept Pakhi glued to that house. Samrat reveals that Pakhi never wanted to marry him.

Ninad questions him as to why did he got married to her when he knew the truth. Samrat reveals that he learned the truth post his wedding. He goes up to Virat and says that he is disappointed with his brother as he kept him away from the most important truth of their lives. Furthermore, Samrat asks Virat as to why did he get married to Sai and made things more complicated. He tells Pakhi that he wants to free her and give her divorce.